For eight weeks, the subjects were given a daily 2.5 g oral dose of Verisol, or placebo. Researchers measured skin wrinkle volume at baseline and at four and eight weeks into the treatment, as well as four weeks after the last treatment.

"In contrast to most topically applied substances, this positive effect on the skin [reduction of eye wrinkle volume] seems to be caused by a direct impact on dermal extracellular matrix turnover, as demonstrated by a significant increase in collagen and elastin synthesis," the researchers wrote. "The direct effect on the dermal matrix might explain the long-lasting improvement of skin wrinkles for at least 4 weeks after the end of the supplementation of the collagen peptides."

They noted that the study only showed these effects for Verisol and not necessarily for other collagen hydrolysates or collagen peptides.

The University of Kiel in Germany conducted the study.

Previous Gelita studies on Verisol have shown benefits for skin elasticity. “Together, the results of the two studies provide a sound scientific foundation for the development of innovative nutricosmetics, which are used by a growing consumer group to complement topical applications and follow a more holistic approach to skin care,” the company said in a press release. 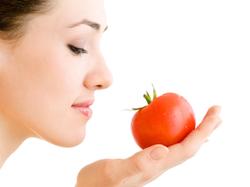