A recent double-blind clinical study found that supplementation with a patented methylsulfonylmethane (MSM) called OptiMSM from Bergstrom Nutrition supported the health of hair and nails.

A recent double-blind clinical study1 found that supplementation with a patented methylsulfonylmethane (MSM) called OptiMSM from Bergstrom Nutrition (Vancouver, WA) supported the health of hair and nails. In the study, 63 subjects were given either 1 g or 3 g of MSM per day for four months. Through expert grading and subject self-assessment, results showed that supplementation provided statistically significant improvements in the condition of hair and nails compared to baseline.

Researchers also determined that the 3 g dose of MSM delivered quicker and stronger benefits compared to the 1 g dose. For example, the 3 g dose improved hair shine within four weeks and these results persisted with significant improvemets after 12 and 16 weeks. The 1 g dose, by comparison, didn’t show significant improvements in hair shine until week 8 and didn’t improve further until week 16.

“Previous data has shown that the sulfur from orally consumed MSM is incorporated into hair, skin, and nails. The difference is that this study confirms OptiMSM's efficacy for specifically hair and nails,” said Rodney Benjamin, director of research and development for Bergstrom Nutrition, in a press release. “The results demonstrated that both dosages of OptiMSM delivered significant improvement in the appearance and condition of both hair and nails with the higher dosage appearing to deliver faster and stronger benefits.”

The researchers attribute the benefits to the potential interaction between MSM and keratin. They hypothesize that MSM donates sulfur to keratin, which could strengthen the bonds between keratin molecules in the hair and nails. 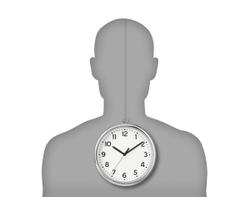 How are scientists measuring and supporting longevity?