Global cereal bar launches nearly doubled over the past five years, according to Innova Market Insights tracking. Continued double-digit growth reflects not only the rising demand for these convenient, nutritious snacks and meal replacements, but also the variety of formats, ingredients, and target markets available to companies today.

The European market takes credit for the highest number of launches overall (about one-third of the total launches in 2014), but this mainly has to do with the large number of countries in the region. In actuality, the United States dominates the market and accounted for a significant 26% of total global introductions in 2014. U.S. marketers tend to lead product development in what is otherwise a relatively mature and complex market.

What does the nutrition bar market look like today? It encompasses a wide range of products, including granola or muesli bars and breakfast bars, as well as nutrition bars and energy and performance bars. What’s more, combining different bar attributes and blurring these categorical distinctions is another way marketers are differentiating themselves.

While convenient snacking is the key feature driving the cereal bars market overall, healthfulness is also a major factor. Health appeal is not only important for nutrition and performance bars, including sports and energy products, but also for bars that are marketed as a healthier snack alternative to products such as confectionery, biscuits, and cakes. More than 80% of global cereal bar launches were positioned on a health platform of some kind in 2014, rising to over 90% in the United States alone. Health claims ranged from the passive (natural, organic, low calorie, etc.) to the active (vitamin fortified, digestive health, weight management, etc.).

The nutrition and performance bar category was at one time confined primarily to specialized products for athletes and other active consumers. But dynamic growth in the market over the past decade or so is largely attributed to a move mainstream, primarily in the United States. In short, bars are now much more widely available and consumed on a more casual basis by a broad range of consumers looking for healthier and more portable snacks to support active lifestyles.

At the same time, sub-categories in the market are increasingly blurring as health and performance ingredients are added to more mainstream cereal and granola bars to promote a healthier image while specialized products move to a more general health positioning designed to appeal to a wider audience.

One of the key growth areas in recent years is the heavier use of protein content in mainstream bars. Seventy-five percent of global sports bar introductions used protein claims in 2014, while more than 20% of cereal and energy bar launches also featured this type of claim. In the United States, use of protein claims rose to nearly 79% for sports bars and over 40% for cereal and energy bars.

Protein bars have transitioned from being a specialized product for endurance and performance athletes to a product for the mainstream market, in which shoppers are looking to protein’s potential for benefits such as satiety, weight management, improved muscle mass, and increased energy. Additions to the U.S. market in 2014 included Clif Kid Zbar Protein, Strong & Kind from KIND Healthy Snacks, and Lean Protein & Fiber Bars from thinkThin. Further interesting launches in 2015 include a Yogurt Creme Protein Bar launched under the Powerful Yogurt brand. Powerful Yogurt first launched in 2013 as the first Greek-style, high-protein yogurt for men, featuring a larger, “man-friendly” 8-oz cup and 25 g of natural protein per container.

Other health claims featuring strongly in the cereal bars market include “gluten free,” used on just under 30% of global cereal bar launches and more than 50% of launches in the United States. Following that, “high in fiber”/“added fiber” claims showed up on 25% of global launches-and more than 32% of launches if “whole grain” claims are included, as well.

As well as this focus on health claims, there is also ongoing demand for indulgence and novelty, with consumers looking for new textures and flavors as well as the use of delectable ingredients such as fruits, nuts, and chocolate. Nearly half of cereal bar launches featured fruit (led by berries/summer fruits), and more than 38% featured chocolate and 27% featured nuts.

This trend is showing up in both specialized and mainstream products, with rising interest across the board in more exotic, complex, and dessert-style flavors. The Clif Builders Protein bar line, for example, added a Chocolate Hazelnut version, while Thinkthin launched a Chocolate Coconut Almond Protein flavor, Perfect Bar added an Almond AÃ§ai option, and Kellogg pegged on a Salted Caramel Chocolate line to its Special K snack bars range.

The nutrition bar market, along with the cereal bar market as a whole, seems set for further growth, even in the face of a relatively mature market in the United States. Ongoing interest in convenient, nutritious, indulgent snacks suitable for consumption on the go is set to drive the market forward, while existing and new need states and consumption occasions also present opportunities. But a word of caution: with ongoing high levels of product activity, including new types of products and blurring categories, differentiating products in an increasingly crowded and complex marketplace is likely to become more of a challenge.

Drink Pioneers: The Next Generation 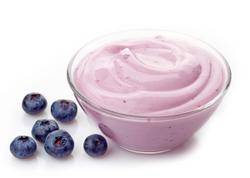 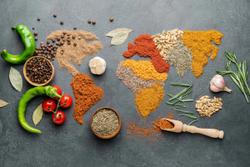