Does PDCAAS Still Set the Bar for Protein?

PDCAAS has set the standard of protein quality for more than 20 years, but some experts want to replace it with the new DIAAS method.

Protein remains one of the hottest trends in functional foods and beverages, with an ever-widening range of animal and plant-based proteins on display at this year’s Institute of Food Technologists’ Annual Meeting & Food Expo (IFT 15). Protein heavyweights whey and soy shared the show floor with relative newcomers like faba bean, pumpkin seed, and other plant-based alternatives.

But that booming market comes with competing views on the best method for evaluating protein quality. For more than twenty years, the Protein Digestibility Corrected Amino Acid Score (PDCAAS) has been the accepted standard for measuring protein quality, but some experts are pushing for a new method they claim is more accurate.

That new method-the Digestible Indispensable Amino Acid Score (DIAAS)-was recommended by the Food and Agricultural Organization of the United Nations (FAO) in a 2013 report. Although PDCAAS is still widely accepted in the industry, some, especially in the dairy protein sector, are pushing for a switch to DIASS.

“With this new method, it will help to differentiate precisely the superiority of dairy protein versus other plant sources,” says Moises Torres-Gonzalez, PhD, director of nutrition research, National Dairy Council (Rosemont, IL). Torres-Gonzalez says DIAAS is superior because it measures only the amino acids that are absorbed in the small intestine, while PDCAAS includes amino acids in the entire intestinal tract, which may not come from dietary protein.

Another big difference is that PDCAAS offers a maximum score of 1, while there is no maximum with DIAAS. This would slightly raise the score of many proteins, but dairy proteins see the greatest score increase under DIAAS, according to the U.S. Dairy Export Council.

“For instance, right now with the PDCAAS, soy protein is equal to whey, but that’s because it is just truncated at 1,” says Torres-Gonzalez. “But some preliminary results using the DIAAS have shown that whey and dairy proteins are much higher in quality compared to other sources.”

However, not everyone is as ready to abandon PDCAAS, especially because formulators are accustomed to maximizing PDCAAS scores in their products. BI Nutraceuticals (Long Beach, CA), a supplier of both plant and animal proteins, is sticking with PDCAAS right now because that’s what customers are asking for.

“For us, whatever our customer asks for, we’ll test that and give that number,” says Alison Raban, certified food scientist. Raban and George Pontiakos, BI president and CEO, were both skeptical of DIAAS as such a novel, and possibly immature, testing method.

For Hinoman (Tel Aviv, Israel), which debuted its newly GRAS-affirmed mankhai protein at IFT, the small company had to make a decision between getting a PDCAAS or DIAAS score for mankhai.

“Unfortunately, we were really on the verge of doing [DIAAS], but most of our customers asked for the PDCAAS, so we’ve done the PDCAAS,” says Udi Alroy, vice president of marketing and business development, Hinoman. However, Alroy says that Hinoman is still looking to include DIAAS for mankhai in the future.

“I think the DIAAS will be much better than the PDCAAS,” says Alroy.

There’s at least one thing you don’t need a test to tell you about protein: it’s still one of the most powerful forces on the market today.

How Big a Threat Is Plant Protein to Dairy Protein?

Pea Protein Is Coming Up Strong 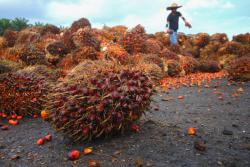 Sustainable Ingredients: The outlook for food in Asia-Pacific