Flax is known as a rich source of ALA omega-3, and limited research indicates that flax can even increase other omega-3s in the body.

For 12 weeks, U.S. and Chinese researchers assigned 173 Chinese adults with risk factors of metabolic syndrome to life counseling and bread-bread containing 30 g of ground whole flaxseed (7 g of total ALA) or control bread. At baseline and the end of the study, blood samples were collected and analyzed for omega-3s and blood markers for common metabolic syndrome conditions: inflammation, oxidative stress, endothelial dysfunction, and thrombosis.

Those who consumed flax bread experienced significant increases in ALA, EPA, and DPA omega-3 and decreases in total omega-6 and ratio of omega-6 to omega-3.

But blood levels of DHA omega-3 did not increase-a finding that the researchers claim is consistent with many previous studies on Western populations. Why dietary ALA cannot individually convert to DHA in an efficient manner is still unclear. It could be related to conflicting human pathways for omega-3 conversion, it could even be that “our ancient diet, unlike modern ones, was rich in DHA; hence it is possible that the body has not developed additional means to convert sufficient DHA from ALA.”

Despite flax’s significant influence on certain omega-3s and ratio of omega-6 to omega-3, flax did not appear to benefit biomarkers of inflammation, oxidative stress, endothelial dysfunction, and thrombosis. 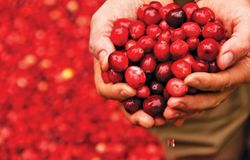