The researchers did note that they are not sure whether citicoline alone was responsible for these results.

Citicoline, best known as a cognitive-health ingredient, may also pose benefits for eye health, according to researchers of a study published in Ophthalmologica.

For two years, researchers at the São Paulo Hospital Eye Clinic at the University of Milan gave 41 glaucoma patients an oral solution containing 500 mg of Cognizin brand citicoline from Kyowa Hakko USA (New York City). The study targeted individuals with primary open-angle glaucoma (POAG), which is associated with increased eye pressure and a resulting loss of the vision field. Subjects were included if they had a disease progression of at least -1dB/year for at least three years, despite controlled intraocular pressure (IOP). Subjects were given four eye examinations per year over the two years.

Researchers associated citicoline supplementation with a significant slow down of glaucoma progression. Not only that, but supplementation was linked with decreases in intraocular eye pressure.

The researchers did note that they are not sure whether citicoline alone was responsible for these results. But they did state that supplementation with citicoline might significantly slow down glaucoma rates of progression. 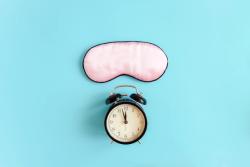