How USP's newly proposed (and first ever!) probiotic monograph will help.

The use of probiotics as both food ingredients and dietary supplements is not novel. The potential positive role of probiotics in the human gut flora was observed more than a century ago, when Russian Nobel laureate Eli Metchnikoff suggested that useful bacteria could replace harmful ones1.

Since then, numerous probiotic-type food cultures have been described and introduced in the food chain and widely accepted as beneficial. Products containing probiotics are becoming more common in the marketplace, and, with that, questions are increasingly asked by the food industry and consumers alike about the identity, viability, and purity-hence, the quality-of these probiotic ingredients.

In 2012, Bacillus coagulans GBI-30, 6086, became the first strain from the family of Bacillus microorganisms to be notified as GRAS (Generally Recognized as Safe) and receive no questions from the FDA. B. coagulans was reportedly first described in 1915 at the Iowa Agricultural Experiment Station2. The strain that received the GRAS notification is a patented organism described as a Gram-positive, spore-forming bacterium and classified as a probiotic for its purported support of good digestive and immune health. It can be used in a variety of foods, including baked goods and baking mixes, breakfast cereals, coffee and tea, dairy products, and grain products and pastas.

In December 2013, the U.S. Pharmacopeial Convention (USP), a global health organization that develops quality standards used worldwide for medicines, foods, and dietary supplements, proposed a new monograph for Bacillus coagulans GBI-30, 6086 in the Food Chemicals Codex (FCC). The FCC is a compendium of public standards that helps ensure the integrity of food ingredients by helping to determine their identity, quality, and purity. The FCC aims to bring confidence and consistency to the food ingredient supply chain by making suitable and reliable test methods publicly available.

The newly proposed probiotic standard is open for public comment at www.usp.org/food-ingredients/fcc-forum until March 31, 2014. Comments are specifically encouraged on including alternate rapid testing methods appropriate for food ingredients.

One of the main reasons why USP decided to include a probiotic monograph in the FCC is the lack of substantive, publicly available standards for probiotics in general. Because of their associated health claims, probiotic ingredients are a very high-profile type of microbial food culture. USP’s mission is consistent with calls to develop public standards to fill this gap. New monographs allow all stakeholders in the food supply chain to independently verify the identity and viable microbial count of their ingredients, without being forced to rely solely on information provided by the manufacturer.

USP has been very proactive in communicating with the probiotic industry to develop other monographs for probiotic strains in addition to B. coagulans. For now, however, because of the unique characteristics of food ingredients comprising live microorganisms, the newly proposed monograph is only specific to the B. coagulans strain and represents only food ingredients that are labeled as this specific strain of B. coagulans. Identifying the microorganism to the strain level is critical to the probiotic purchaser because safety and efficacy studies are typically connected to a specific strain, rather than the whole species.

From a technical standpoint, the interest in Bacillus coagulans GBI-30, 6086, lies in its spore-forming characteristics. In simplified terms, a spore is a dormant form of the microorganism, which is able to survive more adverse conditions than in its so-called “activated” form. In the case of this product, for example, the spores can withstand the high temperatures needed in baking, which allows food manufacturers more options for incorporating this potentially beneficial microorganism in food products.

Because spore-forming microorganisms typically require some activation step to initiate the transformation of the organism from the dormant form into the active form, typical laboratory enumeration techniques for microorganisms are often unsuccessful in giving accurate total plate counts. These plate count techniques are critical in determining how many microorganisms are present (typically per gram of product) and allowing manufacturers to accurately formulate with the desired microbial count. The proposed FCC monograph for Bacillus coagulans GBI-30, 6086, includes a validated enumeration procedure with the activation step necessary for producing accurate and reliable plate counts of the microorganism in its viable, non-dormant form.

Another unique aspect of the proposed monograph is the inclusion of a nucleic acid–based identification technique, which is critical to identifying the microorganism to the strain level-the strain level being the level to which efficacy and safety studies have been performed, according to the information provided in the GRAS notifier's documentation to the FDA. This test allows purchasers of the ingredient to ensure that the microorganism they are using in their formulation is the same as the microorganism that was successfully GRAS notified and not some other strain. This level of identification is optimal in the use of any probiotic microorganism, and the existence of the public standard in the form of the proposed USP monograph adds a degree of transparency that can benefit the probiotic industry, as well as customers and consumers.

For more information about the Bacillus coagulans GBI-30, 6086, monograph and the Food Chemicals Codex, visit:

Markus Lipp, PhD, is the senior director of food standards for the U.S. Pharmacopeial Convention (USP), responsible for the Food Chemicals Codex. Kristie Laurvick, PhD, is the senior scientific liaison for foods, dietary supplements, and herbal medicines for USP. 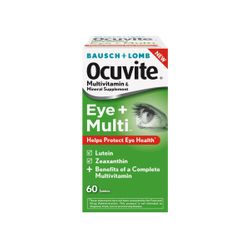 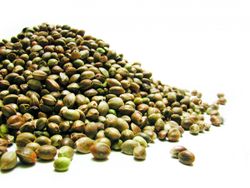