P.L. Thomas will head sales and marketing for Wellmune WGP in the Eastern and Midwest United States.

Wellmune WGP has FDA GRAS status in the United States and Novel Food approval in Europe and China.

Devin Stagg, P.L. Thomas director, corporate strategy, says demand is rising for immune-health formulations. “A recent survey showed that over 87% of the U.S. population is currently consuming or is interested in consuming foods and beverages that improve immune system function. Other surveys have shown that interest in immune health was cited more often than pain relief, weight control, or reducing heart risk.”

He adds that the ingredient is backed by more than $300 million in research. Studies show benefits for maintaining energy, vigor, and mental clarity; and for boosting the immune system before and after exercise. P.L. Thomas will head sales and marketing for Wellmune WGP in the Eastern and Midwest United States. 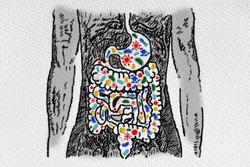