Pharmachem Laboratories Inc. (Kearny, NJ) has named Pacific Resources International the exclusive distributor for StarchLite-also known as Phase 2 white kidney bean extract in the United States-in beverages in Australia and New Zealand. StarchLite is a carb-control ingredient with two U.S. structure-function claims supporting starch reduction and weight control. It works by inhibiting an enzyme that digests starch, allowing a portion of the starch to pass through the body undigested, like resistant fiber.

“StarchLite has been shown in numerous clinical studies to reduce the digestion of starch and aid in weight control,” says Frank Ruckriegel, Pacific Resources. “We believe it’s a more effective component of starchy foods than any resistant starch.” He said it can be added to foods like bread, pasta, rice, and potatoes to reduce their caloric impact, as well as beverages and bars. 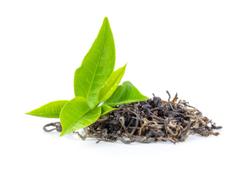 Healthy for Her: Women are paying attention to a broader range of health concerns. How can supplements help?