The companies will incorporate Ocean Nutrition’s Meg-3 omega-3 into Wilmar’s Arawana 3+ blended cooking oil. Singapore-based Wilmar is the biggest seller of cooking oil in China and represents 48% of the market, said Ocean Nutrition.

The deal is significant, as cooking oil is a leading SKU in China, used as a standard ingredient for cooking in woks.

The companies say research by Wilmar confirmed that the average Chinese consumer takes in only 37.6 mg of EPA and DHA daily, which is less than 25% of the EPA/DHA level accepted by the United States’ Institute of Medicine and less than 10% of the intake recommended by the International Society for the Study of Fatty Acids and Lipids.

“Today, most of the products that have omega-3 EPA and DHA in them have been lifestyle products,” he said. “[Wilmar] felt that cooking oil is so widely used in China, and they are so committed to health and wellness that this would really up their intake of omega-3s, particularly EPA and DHA.” 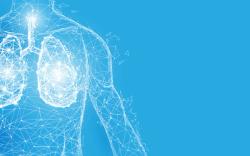