A new national survey commissioned by AbbVie found 72% of U.S. adults experience at least one gastrointestinal (GI) symptoms a few times a month or more. However, more than half (56%) of them have not told their doctor because they don’t think their GI symptoms require physician attention.

A new national survey commissioned by AbbVie (Chicago, IL) found 72% of U.S. adults experience at least one gastrointestinal (GI) symptoms a few times a month or more, including diarrhea, gas, bloating, stomach pain, frequent bowel movements, unexplained weight-loss, and non-specific GI discomfort. Most of the respondents (74%) have had their GI symptoms for more than six months. However, more than half (56%) of them have not told their doctor because they don’t think their GI symptoms require physician attention.

"There is a critical need for people to educate themselves about digestive health issues and seek guidance from a healthcare professional who can determine if their unidentified GI symptoms are serious enough to warrant further attention or specialist intervention," said Roshini Raj, MD, a gastroenterologist at NYU Langone Medical Center/Tisch Hospital in New York, in a press release. "It's imperative that anyone who experiences these symptoms take an active role managing their health and engages in an open and honest dialogue with their healthcare professional, and not simply attribute GI symptoms to stress or an improper diet."

The survey, conducted online by Harris Interactive, surveyed more than 2,000 U.S. adult men and women to find out more about how they manage GI symptoms, whether they seek help from a healthcare professional, and their awareness of exocrine pancreatic insufficiency (EPI)—the inability to properly digest fats, carbohydrates, and proteins because of a lack of digestive enzymes produced by the pancreas.

The survey revealed a significant percentage of Americans (86%) know nothing about EPI, which can mimic the symptoms of other common digestive diseases. Of those surveyed who experienced GI discomfort for more than six months, only 37% went to the doctor to discuss their symptoms—only 24% received a diagnosis and 11% visited their doctor two or more times before receiving a diagnosis or being referred to a specialist.

"AbbVie is committed to encouraging the public to seek medical attention to determine the cause of regular digestive issues since most of the conditions that feature these symptoms can be managed once diagnosed," said Maria Rivas, MD, vice president, global medical affairs, AbbVie, in a press release. "The insights garnered from this survey underscore the need to elevate conversations around digestive health." 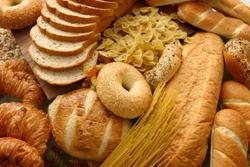 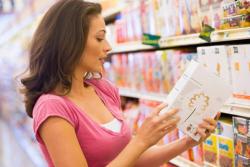