As the 2018 deadline nears for U.S. food manufacturers to remove partially hydrogenated oils (PHOs) from their products, PHO-replacement ingredients will be at the center of the conversation.

As the 2018 deadline nears for U.S. food manufacturers to remove partially hydrogenated oils (PHOs) from their products, PHO-replacement ingredients will be at the center of the conversation.

Tiffany says soybean oil and canola oil are some of the most popular commodity PHO-replacer oils used in foods, but there are plenty of other ingredients ideal for specific formulation needs.

“We also see interest in the utilization of high-oleic soybean oil, high-oleic canola oil, and mid-oleic sunflower oil as alternatives for PHOs where solid fats are not needed and there is a need for improved oxidative stability to maintain shelf life,” says Tiffany. “In applications where shortening or solid fats are needed, palm oil, palm oil blends with liquid oils, and interesterified soybean oil based shortenings are being utilized to deliver functional attributes.”

In September, Nutritional Outlook reported on the appeal of palm oil as one of the most attractive non-PHO oils. Palm oil’s formulation flexibility, abundant supply, and cost efficiency have many companies hailing it as a top PHO replacer, but ensuring it is produced sustainably can be a challenge.

Non-PHO solutions are also seeing activity in the area of ingredient encapsulation. PHOs have been used for years to enhance the flexibility of certain food applications, such as frozen meat or bakery dough, where cold temperatures can increase the fracture rate of brittle coating oils, says Walt Zackowitz, marketing director of specialty ingredients, Innovative Food Processors (IFP; Faribault, MN).

The days of PHO-based emulsifiers are also numbered. With that in mind, Corbion (Lenexa, KS) recently added two non-PHO emulsifiers to its Ensemble line that are intended for use as drop-in PHO replacements to “minimize reformulation hurdles and operational disruption,” according to Jim Robertson, global product manager, emulsifiers.

Yet, even if certain PHO alternatives become popular in the immediate rush to replace PHOs in food, the question remains whether these are permanent solutions, or just an interim fix while the world of non-PHO formulations continues to develop. Only time will tell. 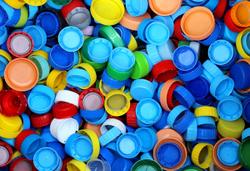