Yes, We Need a Federal GMO-Labeling Law. But Maybe It Should Be a Voluntary One.

Federal versus state laws. Mandatory versus voluntary laws. Which is the clear path for GMO labeling?

Although mandatory, HR 4432 doesn’t require GMO labeling of everyone. As a press release from Congressman Mike Pompeo (R-KS), who partnered with Congressman G. K. Butterfield (D-NC) on the bill, states, “The Safe and Accurate Food Labeling Act of 2014 would establish a federal labeling standard for foods with genetically modified ingredients, giving sole authority to the Food and Drug Administration to require mandatory labeling on such foods if they are ever found to be unsafe or materially different from foods produced without GM ingredients.”

In other words, HR 4432 takes the stance that GMO ingredients are, for the most part, okay. Indeed, as Pompeo’s press release goes on to state, “Contrary to claims by activists, there is no scientific evidence that suggests that foods that contain GMOs are anything but safe.”

Leaving aside, for now, the hotbed debate on GMO safety, I spoke to Michael McGuffin, president of the American Herbal Products Association (AHPA; Silver Spring, MD), about the need for a federal versus a state law. For the record, AHPA officially advocates for a federal voluntary-and not a mandatory-GMO-labeling law.

It’s clear that a scattering of individual state laws would quickly hamper interstate commerce. Not only that, but, as McGuffin points out, “Until we have a federal standard, I’m told that there are other organizations that are now going to come up with their own brand of non-GMO [seals or verification programs]… and then there will be a third, and then a 33rd. And then how will consumers be served if what you’ve got is 33 different meanings for ‘non-GMO,’ or ‘GMO free,’ or ‘less GMO,’ or ‘hardly GMO,’ or ‘GMO friendly,’ or who knows what?” he asks.

The federal-yet still voluntary-Organic Foods Production Act of 1990 would be a good model for a federal GMO-labeling law, McGuffin says. That law defines organic regulations at the federal helm-but companies can choose whether or not to participate. If companies choose to adhere to the federal standard and comply with the rules of USDA’s National Organic Program (NOP), as determined by state or third-party certification, they can market their products as “USDA Organic.”

The Organic Foods Production Act does not prevent states from creating their own organic laws. And McGuffin says he’s undecided on whether or not a federal law forbidding states from creating their own GMO-labeling laws is the right way. But, he points out, the NOP program works so well and is so well-managed at the federal level that no state has chosen to create a law of its own. “If a federal standard is good enough, we think that states would accept a federal voluntary standard.”

“I think most legislators are not motivated to whimsically create burdens on interstate commerce [by mandating separate legislation for an individual state]. They’re not going to do that,” he adds.

We may well need a federal law, but HR 4432 will likely not be it, McGuffin predicts. “For one thing, the 113th Congress isn’t passing much of anything,” he says. “It’s a lame-duck Congress, the election is in November, and there is resistance to getting big issues addressed at this time.”

Also, “My initial sense is that this bill will be viewed as an unworkable or unnecessary compromise,” McGuffin says.

A voluntary law could be just the sort of compromise we need. 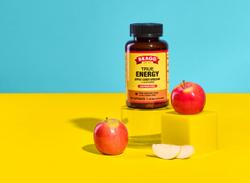