And, unlike antibiotics, the probiotics did not increase antibiotic resistance.

“It is good news for women who have untreatable UTI due to antibiotics resistance as well as women who simply prefer an alternative to antibiotics,” said the study’s chief investigator Suzanne E Geerlings, MD, PhD, of the Netherlands-based Academic Medical Center.

UTIs are one of the most common bacterial infections women suffer from. Recurrent UTIs are defined as two or more UTIs in six months, or three or more within the preceding 12 months. 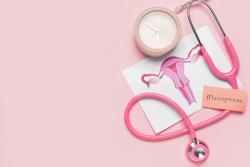