The Senate’s previous bill hit a wall when, as the New York Times explains, “…senators mistakenly included tax provisions that by law must originate in the House.”

Now that the bill’s language has been cleaned up, the bill awaits House approval and a final signature from President Barack Obama.

Highlights of the Food Safety Modernization Act include an increase in FDA food facility inspections, new mandatory recall authority for FDA on all tainted food products, and certain exemptions for smaller food producers. 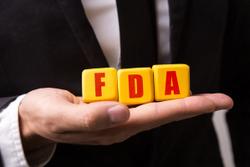