The Preservatives Puzzle: Where Do Natural Alternatives Fit In?

Which artificial preservatives do consumers want removed, and what are the alternatives?

And if that wasn’t enough to mull over, the issue is further complicated by the lack of a formal regulatory distinction between “artificial” and “natural” preservatives, explains Hugh Welsh, president and general counsel, DSM North America (Parsippany, NJ). That leaves it up to food formulators to decide which synthetic preservatives are most troubling to their customers.

“While there is no [regulatory] distinction between a natural and artificial preservative, some ingredients, like BHA and BHT, have greater consumer recognition as ingredients to avoid on a product label,” says Welsh. He adds that benzoate and sorbate are two other chemical preservatives DSM is working to replace.

DSM’s DelvoCid natamycin-considered a natural preservative by many food companies-was recently granted Generally Recognized as Safe (GRAS) status for use in yogurts and beverages. These applications have proven challenging for DSM’s natural preservatives in the past due to the sedimentation of powdered-preservative solutions, but the new liquid formulation of DelvoCid dissolves quickly without sedimentation, explains Welsh, making it an ideal replacement for sorbate in yogurt.

Another synthetic preservative many formulators are working to replace is TBHQ, which is commonly used to extend the shelf-life of a wide range of foods, including meat products. One attractive alternative to TBHQ may be an oil-soluble green tea extract from Kemin Food Technologies (Des Moines, IA), which offers greater heat stability than TBHQ and can be combined with other plant extracts, such as rosemary, or tocopherols.

Then again, there are also those who are working to remove preservatives altogether from certain products. For instance, Corbion Caravan (Lenexa, KS) announced in March that it would begin offering preservative-free pre-soaked ancient grains.

Many ancient grains are often sprayed with a mix of potassium sorbate and propylene glycol to defend against harmful microbes and increase shelf life, but Corbion was able to eliminate the need for these preservatives entirely by implementing new processing techniques.

But that doesn’t mean a “no preservatives” claim is the only route to a clean-label product. “One health-conscious consumer might place a great value on a ‘no preservatives’ label, while another would be just as satisfied with a ‘no artificial preservatives’ label,” says Ricardo Moreira, product manager of bakery for Corbion. “It’s important to know your specific market and consumer.”

There’s also the potential added cost to keep in mind when removing synthetic preservatives. DSM’s Welsh notes that natural preservative ingredients can be costlier to source, with a material supply that’s less reliable than their synthetically derived counterparts.

John Wyatt, product manager of North America food protection for DuPont Nutrition & Health (New Century, KS), agrees that natural preservatives can be more expensive than synthetics like BHT and BHA. But for many consumers, it’s worth it.

“The more label-friendly antioxidants, such as mixed tocopherols and natural flavor extracts, are more expensive, but they can also provide acceptable flavor and protection for the consumer that is demanding this type of product,” says Wyatt.

Earlier this year, DuPont rolled out its new BioVia CL 600 antimicrobial preservative for use in meat products. A combination of cultured dextrose and dried vinegar, BioVia CL 600 is effective at inhibiting growth of harmful microorganisms on both cured and uncured meat, according to DuPont.

There may still be some guesswork involved when it comes to matching consumer priorities for preservatives, but thanks to these new options with “natural” appeal, ditching synthetics has never been easier.

Slideshow: Natural Preservatives for Food, Beverages, and Beauty. What Are the Options?

Can Stevia Act as a Preservative in Fruity Drinks? 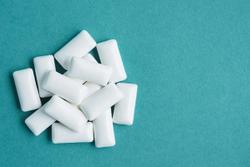