New research, published in the British Journal of Nutrition, presented the results of three human studies performed to explore the physiological benefits of Palatinose.

Palatinose is a disaccharide carbohydrate derived from sucrose by Beneo (Morris Plains, NJ). Its linkage between glucose and fructose units is different from that of sugar (alpha-1,6-glucosidic instead of alpha-1,2-glucosidic in sucrose). Earlier enzyme kinetic studies have shown that the linkage in Palatinose is more slowly digested by the enzymes of the small intestine than the linkage in sugars such as sucrose and maltose. New research, published in the British Journal of Nutrition, presented the results of three human studies performed to explore the physiological benefits of Palatinose.

A second study explored whether the slow release of Palatinose led to complete digestion and absorption, and how this is reflected in blood glucose response. A three-hour blood glucose test was administered on healthy adult subjects. Palatinose subjects indicated significantly lower blood glucose and insulin response compared to sucrose. Palatinose was fully digested and absorbed in the small intestine.

A third study, a double-blind, controlled design, evaluated what the acceptance and tolerance of Palatinose consumption is over a longer period of time in human metabolism, compared to sucrose. Subjects with raised blood lipids consumed 50 g of Palatinose or sucrose every day for four weeks. Researchers found that Palatinose is well tolerated and had no detrimental effects on blood lipids (including cholesterol and low-density lipoprotein cholesterol) or cardiovascular risk markers. Moreover, carbohydrate-metabolism parameters, such as fasting blood glucose levels and insulin resistance, were significantly reduced after four weeks of Palatinose consumption. Researchers said that no such significant difference was observed with sucrose. 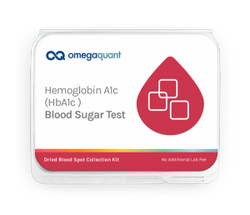