Here are some notable launches this year, spanning everything from waters and juices to bagged teas and more.

These days, beverage brands that fail to innovate risk being run over by the many innovative newcomers flooding the market. There is an endless supply of novel drinks entering the market each and every month. Here are some notable launches this year, spanning everything from waters and juices to bagged teas and more.

CLICK ON IMAGES TO VIEW SLIDESHOWPhoto from Naked Juice

Following the success of its original cold-brew coffees, High Brew Coffee recently announced an upcoming line of dairy-free vegan lattes. Like the coffee products that came before it, the lattes will be made available in a ready-to-drink, shelf-stable format, enabling easy transport of a caffeine fix that can be had at any time. The addition of trendy plant-based milks makes the launch all the more interesting.

Coffee products are mixing it up, and now a leading maple water company is in the mix. Happy Tree, the self-proclaimed inventor of cold-pressed maple water, recently unveiled a combination product marrying its signature maple water and cold-brew coffee.

Happy Tree says cold-brewing the coffee reduces bitter coffee notes that would otherwise interfere with the sweet maple notes. Thanks to the maple, each bottle of maple-coffee water also provides 46% of your daily magnesium requirement. Oh, and also? It has a clean label of just two ingredients: maple water and coffee beans.

The drinks category is full of products making energy and protein claims, so why not combine the two? San Francisco company Hiball Energy has launched a protein-fortified energy drink. Each can contains 20 g of protein from grass-fed cow milk, plus B vitamins and other purified ingredients intended to support workouts and regular daily activities.

Although it’s still a relative newcomer to the North American market, the South American plant guayusa continues to appear in energy drinks and ready-to-drink teas as a source of caffeine. The notion that guayusa doesn’t cause jitters like coffee does makes this leaf especially appealing.


Photo from Garden of Flavor

Consumers avoiding sugary sodas will find a healthier source of carbonation in sparkling waters. Bottled-water giant Aquafina banked on this idea earlier this year when it unveiled Sparkling Aquafina, which the brand says contains just “the tiniest pinch of fair-trade sugar.” Taking sparkling water to the next level, Avitae mixes it with caffeine. Each caffeine water from Avitae is available in a range of caffeine doses, anywhere from 45 mg to 125 mg per bottle, with its latest launch clocking in at 90 mg of caffeine.

Tea is a good source of antioxidants in and of itself, but how about taking those antioxidant levels even higher? Bai’s new Superteas get an antioxidant boost from polyphenols, coffee fruit extract, and white tea extract. According to the company, it is the only nationally distributed line of real-brewed teas that is low in calories and sweetened without artificial sweeteners.

Energy and Focus in a Stick Pack

Tea bags get an exciting boost in Numi’s latest turmeric teas. The teas combine turmeric with a host of other flavors complementary to the golden root. Three Roots is a ginger and licorice mix; Golden Tonic combines lemon verbena and dried lime; Fields of Gold melds chamomile with lemon myrtle zest; and Amber Sun imparts a spicy and sweet flavor with rooibos, vanilla, and cinnamon.

And, finally, the cold-pressed juice trend shows no sign of slowing. Recent launches from Bolthouse Farms and Naked Juice are just some of those banking on nature’s great variety of juiceable ingredients. Chard, watercress, dandelion, and avocado are all featured in current cold-press juices. Alongside cold-pressing, there’s a tendency to highlight clean and simple ingredients. 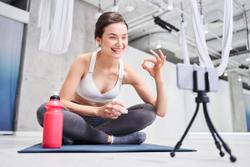 Influencer marketing for dietary supplements: What to know before you dive in 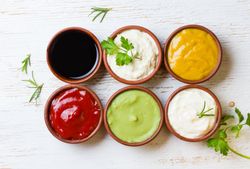