What is delta-8 THC and is it legal?

Delta-8 THC is a new cannabinoid that has come to market, testing the legal boundaries of hemp-derived cannabinoids.

Another cannabinoid has come onto the scene: Delta-8 THC. Yes, THC. The cannabinoid, which is naturally occurring in small amounts in hemp can be synthesized from cannabidiol (CBD) or delta-9 THC, the primary psychoactive constituent of cannabis. Unlike CBD, delta-8 THC does produce psychoactive effects in users, though reportedly not the same level of intoxication associated with delta-9 THC. Delta-8 THC can be found in multiple formats, including tinctures, function beverages, vapes, and gummies.

There has been a spike in delta-8 THC products because an oversupply of hemp drove down CBD prices and synthesizing delta-8 THC became a way for farmers and extractors to use up that surplus and make their money back. Like with CBD, manufacturers have been comfortable manufacturing and selling products with delta-8 THC because of the recent 2018 Farm Bill, explains Felicia Leborgne Nowels, partner, government affairs and public policy at the law firm Akerman.

The 2018 Farm Bill removed hemp from the jurisdiction of the Drug Enforcement Agency (DEA) as a controlled substance, and put the U.S. Department of Agriculture in charge of the cultivation and harvest of the plant. Specifically, the Farm Bill made a distinction between hemp and marijuana, defining hemp as plant Cannabis sativa L., or any part of the plant, including the seeds, derivatives, and extracts with delta-9 Tetrahydrocannabinol (THC) levels that do not exceed 0.3% by dry weight. Of course, no threshold or restrictions were placed on delta-8 THC.

“The problem that we’re now seeing is that in the Fall of 2020, the DEA issued an interim final rule. In that interim final rule, they included statements discussing synthetically derived THC, and those would remain scheduled and a controlled substance,” says Nowels. “The confusion is: delta-8 THC is hemp-derived so it should not be scheduled – it’s outside of the DEA purview – but what is the definition of ‘synthetically derived’?”

Because DEA does not provide an explicit definition for synthetically derived tetrahydrocannabinols, there is room for interpretation, and since hemp is no longer a controlled substance, proponents would argue that delta-8 THC derived from hemp is not a controlled substance either. As of right now, FDA has not taken any enforcement action against delta-8 THC products, but that does not mean it won’t do so in the near future. Unlike CBD, delta-8 THC has not been investigated as a new drug and therefore does not fall under FDA’s drug exclusion rule. However, it has not undergone any pre-market regulatory process, such as new dietary ingredient notification, either.

“As to whether the FDA will address delta-8 vs. delta-9 [THC]; I think that’s going to be considered altogether. I don’t think FDA will look at delta-8 in a vacuum alone,” says Nowels.

States are taking matters into their own hands. Currently, there are 11 states which ban delta-8 THC entirely: Alaska, Arkansas, Arizona, Colorado, Delaware, Idaho, Iowa, Mississippi, Montana, Rhode Island, and Utah. State regulators in Kentucky and Vermont have also clarified that their position on delta-8 THC is that it is a controlled substance. Illinois, North Dakota, and Oregon are considering legislation to ban the sale of delta-8 THC, and the Washington Liquor and Cannabis Board has temporarily banned synthetic hemp ingredients.

Considering the lack of regulatory clarity, a patchwork of state regulation, and the fact that delta-8 THC products may be intoxicating, the American Herbal Products Association (AHPA; Silver Spring, MD) recently issued a new guidance policy discouraging “the marketing of goods for consumption by any route” that contain synthesized cannabinoids such as delta-8 THC or artificial cannabinoids. AHPA defines synthesized cannabinoids as “a cannabinoid synthesized in a laboratory or by industry using directed synthetic or biosynthetic chemistry rather than traditional food preparation techniques such as heating or extracting. They may be nature-identical or artificial since this definition refers only to the process of their creation.”

AHPA’s definition of “artificial cannabinoids” is “any cannabimimetic compound that interacts with cannabinoid receptors but whose molecular structure is not found in nature.”

The hemp-derived product industry is not slowing down. CBD and delta-8 THC are only two of several cannabinoids present in hemp, many of which are already making their way to the market, such as CBG and CBC. While FDA maintains its position on CBD, and is investigating the marketplace, the current marketplace demands more substantive action to protect consumer safety. Legislation may be the solution, but gridlock in Congress prevents the swift passage of laws. In the meantime, demand grows, the industry grows, and regulators remain a few steps behind. 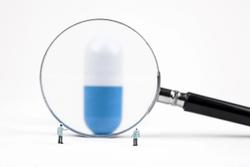 NOW again tests CoQ10 and quercetin products bought on Amazon.com and finds no improvement in quality 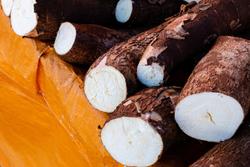