As in previous years, 68% of U.S. adults reported taking dietary supplements in 2015, but there are some significant shifts within the supplements consumer base.

In the wake of negative media attention earlier this year, U.S. dietary supplement usage and consumer confidence has remained strong in 2015, according to new data from the Council for Responsible Nutrition’s (CRN; Washington, DC) 2015 Consumer Survey on Dietary Supplements.

However, certain segments of the market did experience some noteworthy shifts.

CRN shared a few of the survey results at last week’s 2015 CRN Workshop and Conference, including the finding that 33% of supplement users reported they had stopped taking some or all supplements due to negative publicity.  On the other hand, 52% of users reported they had started taking supplements due to positive publicity. Given the varying but significant influence of media attention, it may not be surprising that 60% of consumers said they were confused by conflicting information about supplements.

With the new 2015 survey, CRN now has 11 years of data based on the same set of questions posed to consumers about their attitudes toward dietary supplements, said Randi Neiner, PhD, director of market research, Shaklee (Pleasanton, CA), who presented the results at the CRN Conference.

“I think these are good numbers,” said Neiner. “Despite what’s going on we’re still holding.”

“You’re really seeing that in 2015, there’s no significant difference in age by the men taking supplements,” said Neiner.

In fact, the younger generations may be even more likely than those over age 55 to use supplements. The 2015 survey suggested that 66% of both the 18-34 and 34-54 aged cohorts were using supplements, while 64% of the aged 55 and over cohort said the same. Neiner suggested further research may be necessary to understand why older men were decreasing use, but she suggested that sports nutrition may be responsible for some, but not all, of the uptick in supplement use among younger men.

“The differences by age are not as great as they used to be,” said Neiner. “So we’re really seeing a strong millennial possibility for our industry, which is great news.”

How Do Consumers React to Negative Publicity?

Also at the CRN Conference, an onstage focus group explored how nine real supplement consumers react to negative and positive media coverage, including the ongoing investigation by New York Attorney General Eric Schneiderman into purportedly fraudulent supplements. The consumers watched negative news clips about the industry and were then asked to respond and discuss their perceptions

Many of the consumers expressed concerns after hearing the negative publicity and several said they would rethink their supplement usage habits. However, the majority of the focus group members seemed undeterred by the negative reports or expressed a general skepticism toward both news reports and advertising materials. Instead of relying on the media, many of the consumers said they base their supplement decisions on recommendations from doctors or friends.

Additionally, almost all of the focus group members believed supplements should not be regulated like pharmaceuticals.

“FDA regulates prescriptions and people still die or it doesn’t work for them, and it will just make a higher co-pay on your insurance,” said one focus group member. “[Supplement regulations] shouldn’t change for that.”

The focus group host, Michael Maslansky, communication and language strategy expert and CEO of Maslansky + Partners, said he was struck by the positivity of the consumer response.

“I do a lot of these. I’m surprised,” said Maslansky. “You’ve got a group of consumers who very much give the industry the benefit of the doubt.”

Maslansky, who has conducted similar public opinion work for the pharmaceutical industry, the financial industry, and the food industry, said the results of the dietary supplements focus group was “in contrast to what we often see in a lot of these situations.”

“What we saw is that when you have the benefit of the doubt, there was a lot of desire to reaffirm what [consumers] like about the industry,” said Maslansky.

The 2015 survey was funded by CRN and conducted by Ipsos Public Affairs (Washington, DC) from August 20–24, 2015. It included a national sample of 2,016 adults 18 and older, and the sampled was weighted to ensure the survey accurately reflects the overall U.S. population according to Census data. CRN plans to continue releasing findings from the survey throughout the next year.

Who Is the Dietary Supplement Shopper Today? 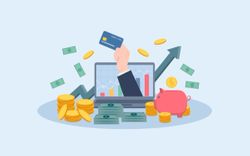