Innovation is an inherent byproduct of this dairy company’s culture.

When a handfulof Danish and Swedish dairy farmers got together in the 1880s to form the cooperatives that would one day become Arla Foods Ingredients, they weren’t making things easy on themselves. But being Danish and Swedish dairy farmers, they had little choice but to base their farms in Northern Europe. As a result, says Susie Moller Hjorth, president, North America, Arla Foods Ingredients (Basking Ridge, NJ), “Our founders chose to produce milk in one of the most expensive places on Earth.”

The choice proved to be “a little bit of a challenge,” she confesses with classic Scandinavian understatement. “But with that challenge came innovation, because we had to come up with new ideas for how to add value to milk.” After all, she says, “We’re here for the purpose of giving a good return to our owners, who are our farmers. So we were committed to innovation very early on. And that’s what we’re still doing every day. It’s an innovation culture.”

The dividends were on full display in 2014 as Arla Foods Ingredients racked up a handful of awards for its novel ingredient technologies-technologies that not only reflect the resourceful spirit of its founders, but make good on its commitment to sustainability both internally and for its customers. “Sustainability is one of those words that have become ‘buzzwords’ over the years,” Hjorth notes. “But we’ve done a great deal of work internally to translate those buzzwords into real fundamentals.”

Consider, for example, Arla’s Nutrilac FastRipe milk protein, which reduces ripening times for cheese without diminishing product quality or shelf life, allowing cheesemakers to bring product to market sooner. That creates efficiencies not only in terms of capital use but also by accelerating the cheese-ripening process and thus relieving pressure on other inputs, including energy and space. “If you can get ripening time down on cheese,” Hjorth explains, “it not only reduces costs, but is also good for the environment because it cuts resource use.”

While Nutrilac FastRipe took the Best Manufacturing or Processing Innovation prize at this year’s World Dairy Innovation Awards, its cousin, the Nutrilac acid whey process solution, went home with 2014’s IFT Annual Meeting & Food Expo Innovation Award. And the innovation couldn’t be timelier, as it addresses an unintended consequence of the Greek-style yogurt phenomenon. To wit: For every 100 kg of milk that becomes Greek-style yogurt, fully 66 kg of acid whey remains-a byproduct whose disposal imposes both financial and environmental costs on yogurt manufacturers.

Thanks to the company’s process, the simple addition of a specialized Nutrilac milk protein to the Greek-yogurt acid whey stream turns that byproduct into a high-value, mild-tasting, protein- and calcium-rich foundation for further dairy development-and in the process, it turns what had been an operational liability into a potential profit source. The company is very proud of the praise the process has gotten, says Torben Jensen, an Arla application manager based in Aarhus, DK. “Because we try to think creatively: ‘Here is a waste product, and how can we transform that into value? How can we utilize every portion of the milk in another product?’”

That frugality both mirrors and informs the company’s broader sustainability efforts, which include “translating a very aggressive environmental strategy into tangible, and also very aggressive, targets,” Hjorth says. Among those targets: keeping CO2 emissions below 25% even as the company grows; putting energy consumption and environmental issues at the top of the agenda when investing in and building new facilities; adopting responsible packaging to minimize resource use without compromising integrity or product quality; and working with suppliers who themselves place a high store in sustainability.

It’s a mentality that would have been familiar to those 19th-century Scandinavian dairy farmers-although they probably wouldn’t have made as much of a fuss over Arla’s accomplishments as we in industry are. “It’s our heritage,” Hjorth says humbly. “And I think that much of our innovation-oriented mindset comes from that heritage. We’re owned by farmers and by farm families, and we grew from this relatively modest co-op through merging with other co-ops and developing our business through growth. And yet this cooperative mindset has always been the driver. We take a great deal of pride in that.”

And make no mistake about it-while Arla’s solutions pay tribute to 19th-century frugality, the company very much has its eye on the future. One of its latest launches this year, Nutrilac YO-8075, is a direct acknowledgement of the aforementioned Greek-yogurt trend sweeping the nation. Nutrilac YO-8075 helps manufacturers take Greek-style dairy into the next realm: high-protein smoothies, to meet the skyrocketing high-protein trend.

The company describes Nutrilac YO-8075 as a natural whey protein derived from cow’s milk. The ingredient makes possible fat-free smoothies comprising 50% Greek yogurt and 50% fruit, for a total protein content as high as 7.5%. This is higher than typical smoothie protein content, which the company says usually hits around 1%. Citing growing demand for Greek yogurt and high protein, “This means there is a significant opportunity in the marketplace to offer next-generation smoothies that are also very high in protein,” said Jensen, in a press release.

And, of course, there is always that nod to sustainability. Nutrilac YO-8075 generates zero of the aforementioned acid way byproduct of standard Greek-yogurt making. And it can achieve high yields and be processed on existing machinery. It is this very forward-thinking that makes Arla Foods Ingredients one to watch. 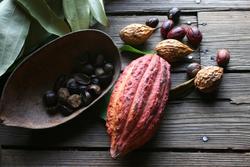