Fastest-Dissolving Protein Powder on the Market Disperses in Just 9 Seconds, at SupplySide West

By contrast, typically a good-dissolving powder will disperse in 25 seconds, and an average powder will do so within 35-40 seconds, says Dupont Health and Nutrition.

The newest quick-dissolve soy protein powder on the market disperses in liquid in just nine seconds-faster than any other isolated soy protein powder on the market today, according to its innovator. By contrast, typically a good-dissolving powder will disperse in 25 seconds, and an average powder will do so within 35-40 seconds, said Greg Paul, PhD, marketing director, global consumer segments, for Dupont Nutrition & Health (St. Louis), which introduced Supro XT 221D at SupplySide West.

“There’s nothing more aggravating to consumers than when the powders don’t go into solution and you have floaties on top or all around your glass, or your shake or bottle is caked with it afterwards,” said Paul. “When that happens, consumers complain. So you’re either really rewarded for it or you’re penalized for it.”

The higher dispersibility also does not come at a cost of changing the density of a product, Paul said. “So when you’re filling a can, you’re not going to have to change cans because all of a sudden you’re going to have 20% more head space in your can.” In fact, the company points out, Supro XT 221D flows so much better during processing that it outperforms any of the company’s previous, best-flowing powders by 50% and improves can-fill speed and accuracy. “So there’s some significant cost savings that can be found for manufacturers just by being able to run their line faster,” Paul said.

Dupont reports Euromonitor estimates predicting that the global market for protein supplement powders will reach $2.7 billion in 2015, up 11.3% compared to 2014. In sports nutrition alone, the protein powder segment is expected to grow to $7.7 billion, up 10.4% compared to 2014.

“If you look back three or four years ago, or even about five years ago, the powder market wasn’t growing as rapidly as it is now,” Paul said. “It was more of a mature industry, and things like the bars and the ready-to-drink beverages and more convenient ones were growing faster, but in the last five years, there’s been a kind of rejuvenation of that powder category with people looking to get more protein in their diet and looking to supplement protein every day into their diet, and that’s typically how powdered beverages are consumed.”

With growth near 10% expected to carry through 2019, Paul said that better-performing ingredients will become evermore important to meet demand. “There’s lots of competition in there, and manufacturers are always looking for ways to differentiate. And one way you can clearly differentiate your product is making it easy to stir in.”

At SupplySide West, the company sampled Supro XT 221D in a blend also containing milk protein concentrate and whey protein isolate, in total delivering a ratio of 50% of the protein from casein, 25% from whey, and 25% from soy.

“That is the ratio of proteins that we have studied in clinical trials done at the University of Texas at Galveston Medical Branch over the last five years and have shown that we see improvements in muscle recovery and muscle building with that blend compared to whey protein isolate by itself,” Paul said. 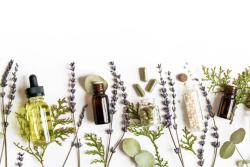 Bullish on botanicals: Why now’s the time for a botanical bonanza