With everyone, from the World Health Organization to U.S. First Lady Michelle Obama, stressing the perils of a high-sugar diet, alternative sweetener ingredients might seem like an easy sell. But finding the right alternative sweetener blend to replace sugar is no simple feat. Even stevia, the dominant natural sweetener on the U.S. market, has limitations that for years many formulators have strived to offset with precise blends of other sweetener ingredients. And when the goal is for sweetener alternatives to behave just like sugar in a variety of product types, there is no one-size-fits-all solution.

Beyond just balancing low-calorie priorities, formulators also have to consider the taste impact of different sweeteners and the way ingredients function in formulation.  But with SPINS reporting that the market for blends of stevia and other sweetener ingredients is currently valued at more than $452 million and growing, the effort is well worth it.

Blends Do It Better

Despite the incredible growth of the stevia market since the ingredient first achieved GRAS status in 2008, stevia still often needs to be combined with erythritol, monk fruit, agave nectar, or even sucrose to avoid an unpleasant aftertaste. Even with these combinations, it still takes a careful balance to get the right effect.

“Too much stevia will impart a bitter aftertaste; too little will result in a final product that is not quite sweet enough,” says Thom King, president and CEO, Steviva Ingredients (Portland, OR), in reference to stevia/erythritol pairings. He adds that including nutritive sweeteners such as fructose, agave, or sucrose may be necessary if the product needs to undergo Maillard browning and caramelization, such as in baked goods.

Blends of different sweetener ingredients can also bring the texture and mouthfeel of products closer to what consumers expect from traditional sugar, according to Wade Schmelzer, principal food scientist, Cargill (Minneapolis).

“Effective blending of sweetener ingredients can significantly improve the quality of sweetness, enhance sweet/sour balance, and deliver a more robust flavor, which are all critical sensory characteristics for a successful product launch,” says Schmelzer.

As for which blends work best in certain applications, let’s start with erythritol. Still the “major partner” being commonly blended with stevia, erythritol’s low-calorie profile can make it an attractive option, says Adams M. Berzins, technical service project leader, sweetener solutions, Ingredion Inc. (Westchester, IL). However, erythritol may suffer from certain negative perceptions of sugar alcohols, such as causing gastrointestinal distress, despite being much easier on digestion than sorbitol or xylitol1. Berzins adds that some consumers may also object to erythritol’s flavor profile, and the ingredient can produce unwanted textures in frozen or baked applications.

Monk fruit is another zero-calorie option to consider in sweetener blends, but it can introduce bitterness and a loss of volume in recipes because it is a high-intensity sweetener, says Steviva’s King. However, Steviva says it has discovered that its blend of stevia, monk fruit, and erythritol-MonkSweet Plus-delivers an ideal balance of taste and volume.

“We have found that the combination of stevia and monk fruit with erythritol-or even a combination thereof with nutritive sweeteners-works amazingly well since the monk fruit and stevia mask each other’s off notes,” says King. He adds that the erythritol also makes up for some lost volume because it is a lower-intensity sweetener. Launched last October, MonkSweet Plus is already on pace to be Steviva’s most popular sweetener by the end of this year, says King.

If a few more calories are permissible in a product, then blending stevia with nutritive sweeteners offers additional benefits to certain recipes.

“Utilizing nutritive sweeteners such as honey and agave are good options when the system can allow the calories and traditional floral or sweet brown flavor attributes that accompany those types of sweeteners,” says Ingredion’s Berzins. High-fructose corn syrup and sucrose are also being blended with stevia in recent carbonated soft drink launches, says Berzins, but at the price of a higher calorie count.

That’s where the real balancing act takes place-deciding how to reconcile taste, texture, calorie count, and ingredient perception in a sweetener blend.

“It has been our experience that taste is the most important factor in consumer preference, followed by ingredient preference,” says Steviva’s King. “There is a small segment that has rejected alcohol sugars, just as there is a segment that rejects fructose in any form. Being all things to all people is a hard niche to fill. This is why we offer a vast variety of ingredients that can address our customers’ needs for the mark they target.”

“Our research consistently shows a desire for consumers to move towards more natural products and ingredients,” says Clark. “While some consumers are willing to limit the amount of caloric sweeteners they consume, most want a broader range of natural options that don’t compromise on taste.”

She adds that this interest in natural products is also pushing stevia-blend formulation into new categories such as dairy.

The bottom line when hunting for an alternative to sugar? A diverse portfolio of sweetener blends makes many applications possible.

Alternative-sweetener suppliers are rolling out new technologies to help formulators hone in on the right sweetener blend.

Ingredion Inc. recently launched Sweetabulary, which the company calls a “sweetener lexicon” that is meant to help formulators “speak the same language” when talking about different kinds of sweetness and increase product speed to market.

Coconut Sugar Is the Fastest-Growing Natural Sweetener in the U.S. 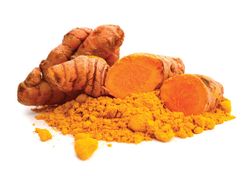