Do these little fruits now have what it takes to become popular with consumers?

Of all the delicious berries that spot the United States and Canada, black chokeberry is not the first that comes to mind. But this blueberry-sized fruit does grow here, and it has a deeper connection to the land than one might think.

In the latest edition of HerbalGram, Gayle Engels and Josef Brickmann author an entertaining, although members-only black chokeberry review, which details the cultural and agricultural history of black chokeberry, along with insights on its potential human health benefits. (A yearly membership to the American Botanical Council is really worth it for gems like this.) As Engels and Brickmann explain, black chokeberry, also known as aronia, is predominantly harvested in Poland. Surprisingly, though, this perennial shrub had a checkered past with early North American inhabitants:

According to an ethnobotanical account from 1933, the Forest Potawatomi [tribe] reported that ‘they eat the berries from this plant but they are entirely too bitter to suit the white man.’ Among North American settlers, both the berries and the bark were used as an astringent.

Whether because of a changing local palate or some other factor, North American consumption of this berry is not what it once was. But black chokeberry is native to North America. It only reached Poland as recently as the 1980s, presumably by way of both North American and Russian cultivars. Still, Engels and Brickmann say that U.S. black chokeberry production is “but a fraction of total world output, albeit an increasing one.” They site records from the USDA National Organic Program that show there were as many as 40 domestic and certified organic producers of black chokeberry or aronia listed in 2012.

Throughout the world, black chokeberry is consumed in products such as preserves, cereal bars, juices, gummies, and liqeurs. FDA even allows manufacturers to use this darkly-colored fruit as a safe and acceptable coloring agent.

Given the success that so many other berries enjoy in U.S. and Canadian markets, black chokeberry shouldn’t have a problem scaling up production and consumer interest as an alternative berry. At least one established ingredient supplier, Artemis International (Fort Wayne, IN), already specializes in black chokeberry supply to the United States. Engel and Brickmann also note that cross breeding has yielded some sweeter tasting cultivars over the years. 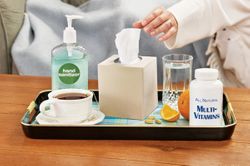 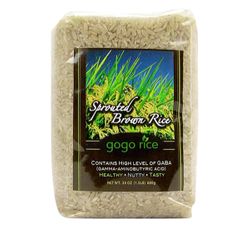