Is Algal Protein Poised to Grow?

Algal proteins may be the next generation of algae-based ingredients.

There’s a sea of hype rising around algal protein these days, but the promising plant protein still only accounts for a small fraction of the overall protein market. However, with a strong nutritional profile, formulation ease, and the potential to quickly scale up production, algae could soon be an alternative protein source to be reckoned with.

In March, microalgae supplier Solazyme Inc. (San Francisco, CA) announced it would be working with Glanbia Nutritionals (Carlsbad, CA) to distribute its AlgaVia Whole Algal Protein. Sourced from chlorella and grown through a fermentation process, AlgaVia has a profile that Solazyme believes will translate to expansion on the protein market.

“Concerns about allergens such as soy and whey, especially in the U.S., limit the [protein] options available,” says Aaron. “AlgaVia Whole Algal Protein is vegan, free of known allergens and gluten-making it an attractive option to satisfy consumer demand.”

Beyond its free-from advantages over other protein sources, AlgaVia also has high levels of lutein, zeaxanthin, arginine, glutamic acid, fiber, lipids, and a complete amino acid profile, says Aaron. She adds that AlgaVia is highly digestible, does not interact with other ingredients in formulation, and is free from the gritty texture characteristic of some protein powders.

Unlike many algae ingredients that are grown in ponds, AlgaVia is grown through a fermentation process, which Aaron says offers several production advantages.

“Because AlgaVia Whole Algal Protein is produced via a fermentation process, its production can be grown quickly to meet demand,” says Aaron. It is also a sustainable production process, which “can produce approximately twice as much AlgaVia Whole Algal Protein per hectar of land than other plant-based proteins like soy, pea, and rice,” says Aaron.

As far as incorporating AlgaVia into products, Aaron says it is suited for a wide range of product types because the protein is “naturally protected within the algal cell wall.”

“This protection means that the algal protein does not interact with other ingredients when it is added to foods and beverages, allowing it to easily go into many food and beverage products without a lot of additional stabilizing ingredients that negatively impact the ingredient label,” says Aaron. “This is an entirely new way to think about working with protein.”

Thanks to this natural protection and the absence of gritty texture, AlgaVia is suitable for challenging applications such as low pH beverages, dressings, and crackers, as well as more typical protein applications like ready-to-drink beverages, sauces, sports nutrition products, powdered beverages, cereals, and more.

Like many new ingredients, the biggest challenge may be getting consumers and formulators familiar with AlgaVia.

“The main market challenge is enabling people to gain experience in working with AlgaVia Whole Algal Protein,” says Aaron. “It is a new ingredient that is quite different from other algae-based ingredients people have encountered in the past. People need to learn what flavors and other ingredients work well with it.”

AlgaVia is currently being tested in a variety of new and established food brands, and will start appearing on the U.S. marketplace in the coming months, says Aaron.

“Algae is making its way into the consumer space,” says Aaron. “Consumers have already welcomed the use of different kinds of algae oils or ingredients in nutrition products like juice drinks, energy bars, and dietary supplements. We expect to see even broader adoption of algae as a food source in the coming year, as more consumer products launch with AlgaVia Whole Algal Protein.” 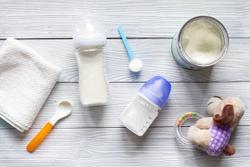