The adaptogen market is growing thanks to clinical research substantiating its traditional medicine halo.

Consumers are showing growing interest in adaptogens, fueled by the positive press and desirable functional claims these ingredients afford. Adaptogenic herbs and ingredients are often an integral part of folk medicine, giving them a wellness “halo” that entices natural products buyers. As a reminder, adaptogens are defined as “non-toxic plants that are marketed as helping the body resist stressors of all kinds, whether physical, chemical or biological.”1

Today, scientific research is catching up to ancient tradition and giving adaptogen consumers another reason to give serious consideration to adaptogens. As more studies emerge, brands that invest in scientifically proven adaptogens can appeal to consumers on both the folk medicine and the backed-by-science fronts. Here are some of the adaptogenic herbs that are on the rise.

Ramon Luna, marketing coordinator at botanicals supplier Ecuadorian Rainforest (Clifton, NJ), says that two South American adaptogens are emerging that serve opposing purposes. Whether consumers are looking for a pick-me-up or a sleep aid, there’s an adaptogen for that. Guayusa (Ilex guayusa) and chanca piedra (Phyllanthus niruri) are two ingredients native to the Amazon Rainforest that have a history of traditional use as an energy-booster and a relaxant, respectively.

Chanca piedra also promotes relaxation, Luna notes, but without the caffeine. Luna says that this botanical is used in traditional South American medicine as a hypertension remedy. Before chanca piedra can appeal to a North American or European audience, though, Luna cautions that more studies are needed to clarify its efficacy.

One of the best-validated adaptogens on the market is ashwagandha (Withania somnifera). This Ayurvedic herb is on the verge of entering the mainstream North American market, building on the strength of its long history as a folk remedy with new clinical trials. Bruce Brown, president of ashwagandha supplier Natreon (New Brunswick, NJ), says that ashwagandha has been the subject of numerous clinical studies that have proven its efficacy as an adaptogen.

One such study, a randomized, double-blind, placebo-controlled clinical trial on Natreon’s Sensoril-brand ashwagandha, examined the effects of ashwagandha supplementation on strength training performance in 38 active men between the ages of 18 and 45. Participants were randomly assigned to receive either 500 mg of Sensoril per day (n=19) or a matching placebo (n=19). The participants were assessed on body composition, muscle strength, power, endurance, and blood chemistry at baseline and after 12 weeks of resistance training.

The study found that ashwagandha administration caused a 21% improvement in cycling time trial scores, as well as improvements in average squat power and peak bench press power, relative to placebo.2

Brown says that ashwagandha’s effects are the result of several bioactive ingredients: “Recent research into a combination of ashwagandha leaves and roots unique to Sensoril has shown that Sensoril enhances focus, reduces everyday stress, and supports a healthy immune response. As tradition holds, combining both ashwagandha leaves and roots provides a full-spectrum extract [like the one] traditionally used in Ayurveda.”

One herbal resin found in the Himalayas has a lengthy history in traditional Indian medicine as an antiaging compound. Now, clinical research is validating its use as a strength enhancer.

The study found that the high-dose group saw a statistically significant reduction in MVIC decline and an increase in muscle strength retention, whereas the low-dose and placebo groups did not. Furthermore, there was no statistically significant difference between the low-dose group and the placebo group on MVIC decline. The authors concluded that supplementation with 500 mg of PrimaVie per day improves muscle strength retention following exercise.3

Brown says that shilajit extract has traditional uses as an energizer and rejuvenator. He expects it to become popular as an antiaging supplement. PrimaVie’s formula, he says, is designed to boost energy in men while promoting healthy skin and bones in women.

Rhodiola May Protect Against CNS Stress

While rhodiola (Rhodiola rosea) has a history stretching back to 1960s Russia, it originally gained interest for mood and libido support, and has only recently come to the fore as a potential adaptogen. Brien Quirk, director of R&D for Draco Natural Products (San Jose, CA), says that Russian adaptogens like Eleutherococcus senticosus may have immune-boosting and stress-reducing effects.

“The term adaptogen originated in the USSR in the 1940s,” Quirk says. “A scientist by the name of Nikolay Lazarev discovered that schisandra (Schisandra chinensis) enhanced physiology to resist a wide range of adverse conditions and stresses. People have started using the term adaptogen for almost any herb that seems to affect multiple physiological pathways; they’ve strayed from the original definition of maintaining homeostasis in the face of stresses.”

Quirk says that rhodiola is an adaptogen in the classic sense, and modern research is beginning to explore this. One 2017 pilot study, an uncontrolled, open-label multicenter clinical trial, measured the effects of rhodiola supplementation on stress in 100 male and female subjects suffering from prolonged fatigue. Participants received two 200-mg tablets of the branded rhodiola extract Rosalin per day for eight weeks. Participants were assessed on the Multidimensional Fatigue Inventory 20, the Beck Depression Inventory II, the Recent Perceived Stress Questionnaire, and other measures at baseline and after 1, 4, and 8 weeks. After eight weeks, participants reported improvements in mood and energy, as well as declines in stress.4

While this pilot study lacked a control group—an important limitation—it does open up further avenues for future research, and it confirmed the safety and tolerability of rhodiola. This adaptogen remains on the fringe for now, but its promising early results in pilot studies justify further research that could increase its prominence.

One little-known adaptogen that is showing promise as a mood booster is a member of the mint family found in India. Tulsi (Ocimum tenuiflorum) is a traditional herb commonly used in Ayurvedic medicine. According to Shaheen Majeed, president worldwide of Sabinsa (East Windsor, NJ), tulsi has several beneficial effects.

“In Ayurveda, tulsi is classified as a ‘rasayana’, which means ‘lengthening of lifespan,’” he explains. “This herb is also known to be a revitalizer, mood enhancer, and antiaging remedy. Several studies have found that tulsi is helpful in fighting anxiety, depression, and stress, and it effectively regulates cortisol levels.”

One 2017 literature review examined 24 clinical trials involving a collective 1,111 participants between the ages of 10 and 80. The trials reviewed ranged from 2 to 13 weeks in duration, and dosage ranged from 300 mg once per day to 14 g once per day. Of the 24 studies, eight included a placebo.

As more consumers seek out supplements that can relieve stress and boost immune function, adaptogens will only grow. Wellness industry experts predicted in 2019 that adaptogens would lead the wellness products industry in growth6, and market trends data has since proven them correct. Brands can capitalize on the growth of this category by promoting adaptogen products that have the support of robust clinical trials. 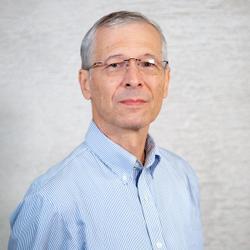