Which Supplements Are Most Popular in the Military?

Recent research shows trends in the military market and may also be an indicator of where recommendations for the civilian population are headed.

Even among a company of U.S. Army paratroopers deployed in a “remote, austere combat outpost in eastern Afghanistan,” a study2 found that 77 of the 100 respondents who completed surveys reported using at least one supplement during deployment from 2011-2012. The average intake was 2.5 supplements per individual surveyed-an even higher rate than reported by soldiers in garrison.

Studies have consistently shown high levels of supplement use among armed forces personnel, but which supplements are the most popular? Beyond just revealing trends in the military market for supplements, the numbers may also be an indicator of where recommendations for the civilian population might be headed.

A Look at the Numbers

The aforementioned meta-analysis1 of 33 unique studies-most from the past 15 years-also looked at the breakdown of which supplements were most popular within the U.S. Army, Navy, Air Force, and Marine Corps. Similar to the general U.S. population, multivitamins were found to be the most popular supplements in the military. The analysis suggested that 24%-47% of men and 28%-63% of women in the armed services take multivitamins.

Figures on the prevalence of individual vitamins and minerals were less available than with multivitamins, but among Army men, Army women, and Special Forces soldiers, 15% reported taking vitamin C and 7%-12% reported taking vitamin E.  Calcium use was more prevalent among Army women (14%) than Army men (9%). Among elite service members and Army men, creatine also had relatively high prevalence of 20% and 14%, respectively.

The data on protein supplement use varied widely, ranging from 12% to 20% among Army men and 12%-47% among elite military groups. Sports drinks were also popular among Army men, Army women, and elite military men, coming in at 22%, 25%, and 39% prevalence, respectively.

Herbal supplement use, on the other hand, made up a relatively small portion of military supplement use-usually 5% or less of the military group surveyed.

Service members in the Army were less likely than those in the Navy, Air Force, or Marine Corps to take supplements, with Air Force women reporting the highest numbers of supplement use (76%).

Multivitamins, sports drinks, creatine, vitamin C, and protein supplements seem to be some of the most prevalent military supplements in these two studies.

Implications for the General Population

In an interview for a separate Nutritional Outlook story, retired U.S. Army Colonel Wayne Jonas, MD, explained that military healthcare policies have paved the way for nationwide civilian policies in the past. The military tends to be quicker at making healthcare policy decisions and more receptive to pragmatic studies of effectiveness under real-life conditions than U.S. civilian policymakers and scientific bodies, says Jonas.

If the military is more embracing of supplements in general and possibly influential on broader healthcare recommendations in the U.S., the popularity of these specific dietary supplements in the armed services could hint at the future direction of the civilian market.

1. Knapik JJ et al. “A systematic review and meta-analysis on the prevalence of dietary supplement use by military personnel.”BioMed Central Complementary & Alternative Medicine. Published online May 2, 2014. 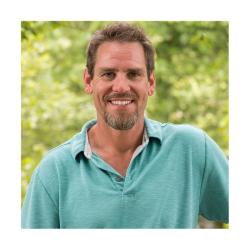