A new study suggests it’s not just marathoners who may experience a immune bounce from the beta glucan ingredient after working out.

Research has been mounting in recent years behind the potential of beta glucan ingredient Wellmune to support post-exercise immune health in athletic adults, but a new study suggests non-exercising adults may also experience a similar benefit.

Supplied by Biothera (Eagan, MN), Wellmune is a proprietary brand of baker’s yeast beta glucan that has previously been studied for its immune-boosting effects in marathoners and fit recreational athletes. While strenuous exercise may decrease mucosal immunity for up to 24 hours and lower the body’s defenses against upper respiratory tract infections (URTI), Biothera says Wellmune has been shown to alleviate this immune suppression in athletes.

The effect may also apply to more sedentary adults, according to results of a new study finding that non-exercising men and women who exercised after supplementing with Wellmune experienced a significant increase in salivary IgA-an antibody critical to mucousal immunity.

“Improving mucousal immunity reduces susceptibility to upper respiratory tract infetions during periods of intense training and may limit the loss of training days,” says Brian McFarlin, PhD, lead researcher. “These new results suggest that even a small amount of exercise stress can trigger a drop in immune responses and that Wellmune can help enhance key immune functions to keep individuals healthy.”

The double-blind, crossover design study included 109 men and women aged 18-35 who consumed either 250 mg of Wellmune or a placebo for 10 days. Then, to measure the immune response to strenuous exercise, participants engaged in “brisk treadmill walking or light jogging that totaled 90 minutes of exercise in a hot, humid environment,” according to Biothera.

“It has been well documented that intense exercise can suppress the immune system. We have used this effect on the immune system to understand how Wellmune can support the immune function of elite athletes or highly active individuals,” says Don Cox, senior vice president, research and development, healthcare research and development, Biothera. “This new study extends our knowledge of the immune impact that Wellmune has on a less active, more sedentary group of people, in order to strengthen our understanding of the benefits of Wellmune (such as improving overall physical health) in individuals ranging from low to elite fitness levels.”

Results of the study were presented before the National Strength and Conditioning Association annual conference in July, and Biothera has plans to publish the study. Researchers at the University of North Texas (Denton, TX) conducted the study. 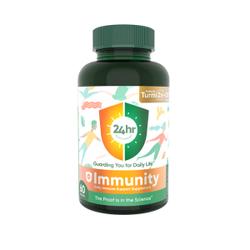 Food and drink: What’s on the menu for immune support? 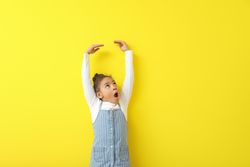