GMO-labeling is a hot topic in the U.S. But elsewhere, GMO regulations are already well in place.

As controversy abounds over GMO labeling in the United States, U.S. dietary supplement marketers can’t help but wonder how potential domestic regulatory changes could affect their businesses down the line. But for those who export ingredients or products, GMO-labeling restrictions are already part of everyday business-for, while the United States still lacks a nationwide GMO-labeling law, other countries already have strict GMO-labeling provisions in place.

In order for a company to be successful on the global stage, it must have a good, up-to-date working knowledge of global GMO regulations-and be able to skillfully maneuver the channels. There are distinct differences among international GMO regulatory policies, as well as some commonalities.

Since the mid-1990s, when the U.S. FDA approved the first genetically engineered food for sale, the U.S. regulatory system has generally regarded genetically modified (GM) foods and crops as safe. To date, more than 95% of soybeans, 90% of cotton, and 90% of corn grown in the United States consists of GM varieties, and approximately 70% of processed foods available in U.S. groceries now contain ingredients derived from GMOs (genetically modified organisms). These figures are rising annually.

By contrast, some major export destinations, such as the European Union, China, Japan, and Korea, have strict, complex regulatory procedures for GMO approval and marketing. GM foods and crops face considerable regulatory hurdles in the EU, especially, including provisions for the mandatory labeling and traceability of all GM products.

The EU was one of the first regions to regulate the labeling of food consisting of or made from GMOs, starting in the 1990s. Many other countries have since followed suit, but have not adopted a uniform approach.

What sorts of constraints do global GMO-labeling laws impose on dietary supplement manufacturers? And how does one navigate the complex landscape of international policies? While complete answers to these questions require a thorough gap analysis of specific markets, it helps to know that the regulatory differences fall into three general categories:

Process-based labeling requirements, such as those in effect in the EU, often require documented traceability of food ingredients back to their source materials. A well-documented traceability and identity preservation program demonstrates that reasonable precaution and due diligence have been performed to minimize GMO presence. With such a system in place, any traces of GMOs present may be considered to be adventitious or technically unavoidable and, as long as they are below the GM labeling threshold and are authorized for use in food, will not require product labeling in the EU.

In order to classify detectable GMO in an ingredient or product as “adventitious,” the amount must be <0.9% and it must be demonstrated to be an isolated occurrence and not the norm. In practice, this means that a scheduled testing program must be in place, supported by risk assessments and traceability information, which in turn are used to provide sufficient data to show that any GMO presence is contrary to the norm.

The term technically unavoidable indicates that, despite the best efforts of the industry as a whole, the avoidance of GMO presence within certain products or ingredients is impossible to achieve, either as a result of inherent process limitations or because the product or ingredient in question is only available commercially as a GMO. The onus is on the business(es) claiming this exemption to prove that GMO presence is technically unavoidable.

Analytical testing is often performed on the ingredient or product to verify compliance with international GMO-labeling laws and to determine GMO presence, content, and/or identity. Exporters typically use polymerase chain reaction (PCR), a DNA-based analysis, to check the suitability of each lot of product before export. Government authorities also use PCR testing at many destination ports. PCR is the method accepted worldwide by which to verify contracts and ensure regulatory compliance, due to PCR’s sensitivity and ability to quantify GM content.

If no GMO is expected in the product, then qualitative testing is appropriate and sufficient to keep costs down. Qualitative testing provides a simple “yes/no” answer to the question of GMO content. If some GMO is expected or detected, then quantitative testing, which measures the percent of GMO in the ingredient, is necessary to verify that the GMO content is below the labeling threshold. In addition, testing for specific GMOs, rather than using a generic screening test, may be necessary to verify that unapproved GMOs are not present in the product.

It is important to note that quantitative testing requires sufficient amounts of DNA from processed ingredients and/or finished products. Processing methods such as heat and chemical treatment can degrade DNA, so highly processed sample types may not contain quantifiable DNA. Testing needs to be conducted at a stage in the process in which the DNA is sufficiently intact, on the input where possible. Test results may then be linked to the final product by lot-specific traceability records.

What You Can Do

As a manufacturer or exporter of nutritional ingredients or products, what should you do in this complex regulatory climate?

Stay up-to-date on international GMO regulatory policies and changes. The GMO approval process is not always synchronous between countries, so a GMO that is commercialized in the United States may be waiting for regulatory approval in your export market.

Pay special attention to labeling thresholds. Requirements are tied to import and export markets and vary by type of product (finished or ingredient) and intended use.

Be aware that there may be differences in policy versus practice. Japan has a labeling threshold of 5% GM for finished products, but manufacturers exporting to this market often aim to achieve a lower level, such as 0.1% GMO, to meet customer-specific requirements.

Most importantly, don’t be daunted by the complexities inherent in global GMO regulatory policy. There are professional resources available to help design a strategy that will ensure compliance with your secondary market and maximize penetration on a global scale. 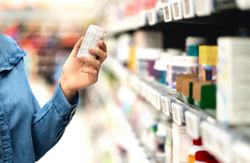