A newly developed HPLC method can save time and chemicals compared to traditional methods.

Estimating the amount of vitamin D2 in fortified milk is about to get easier, according to researchers at India’s National Dairy Research Institute.

Even though most commercial milk products are fortified with vitamin D3 (cholecalciferol, which is normally from sheep’s wool), vitamin D2 (ergocalciferol, sourced from fungi) may be preferred by vegetarians who routinely drink milk. This appears to be the case in India, which is why Ravinder Kaushik and his research team evaluated a new HPLC method developed for rapid identification of vitamin D2 in fortified milk. The test method is a potential alternative to today’s troubled vitamin D2 test methods.

“For several years, the determination of vitamin D in foods had been performed by biological assay methods,” wrote the authors of the study. “These techniques, although specific, were time-consuming and involved a large uncertainty. AOAC and Wher and Frank described vitamin D analysis using HPLC, but both methods are laborious, consume lots of chemicals, and sample size is also high.”

Kaushik’s team tested the method on combined cow and buffalo milk fortified with either crystalline D2 from Sigma Aldrich (St. Louis) or encapsulated D2 from DSM Nutritional Products (Singapore). By pasteurizing and storing sample milks at 4° C for seven days, the researchers tracked each ingredient’s stability over time. The test was repeated for 32 hours with the milks placed under light intensity (1485 lux) to determine D2 stability under light.

Settling on hexane as the most efficient solvent for recovering vitamin D2 at the end of each trial phase, the researchers observed near-complete recovery with their HPLC method for both forms of D2. Slightly better recovery occurred with the encapsulated product, which is presumably a result of its protective coating. Ultimately, the researchers preferred the encapsulated product because, unlike crystalline D2, it dispersed easily and did not require homogenization for proper mixing with milk.

Compared to the aforementioned traditional methods for measuring vitamin D2 in food products, this HPLC method was suitable for estimating D2 contents when both crystalline and encapsulated D2 were used. The researchers added, “The developed method is economical as it saves chemicals and time.”

There is no word yet on whether this method can translate to non-dairy products, in which fortification with vitamin D2 can reach a larger audience that includes vegans and those with lactose intolerance.

The Department of Biotechnology in Delhi, India provided funding for this study. 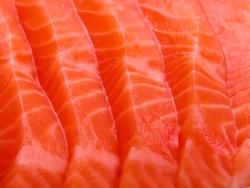