Public standards for probiotics-especially at the strain level-offer benefits as uncertainty reigns.

If recent surveys gauging consumer awareness are correct, probiotics have truly experienced a coming of age over the past few years. A 2011 International Food Information Council survey found that 81% of respondents were aware probiotics may be good for the digestive system. Compared to that, in 2009, awareness levels hovered at around 72%; and in 2007, at 58%. As such, manufacturers are looking to include probiotic ingredients-traditionally incorporated in yogurts and other dairy products-in everything from bread to chewing gum. But as those in the industry are well aware, the picture is not entirely rosy.

Despite rising consumer recognition of the term probiotics and the strong association with digestive health, the category is experiencing some significant growing pains.

At the crux of the controversy surrounding most probiotics is the validity of purported health claims. This is a complex issue that touches many disciplines, including science, medicine, marketing, and politics. Probiotics are a (relatively) new interest area, and research into various strains and their associated functional benefits is flourishing. But at the fundamental level, many questions remain when utilizing probiotics as food ingredients.

Greater transparency in the science behind probiotics could serve manufacturers and suppliers, as well as regulators and consumers, in a variety of ways.

The Role of Standards

Probiotics are high-value ingredients, and manufacturers are willing to pay a premium for them. Given the global nature of the modern food chain, these ingredients are sourced from suppliers all over the world. Manufacturers should have a mechanism to verify the claims of probiotic suppliers, as they should with all ingredients incorporated in their finished foods.

Considering the variety of probiotic strains, manufacturers need to confirm that they are receiving the strain they expect (i.e., its identity). Additionally, because probiotics are living organisms, additional complexities exist when compared with many other food ingredients. Will the probiotic have the functional effect claimed for it? Does it do what it is supposed to do in the gut? Will it even arrive there, both in terms of surviving processing conditions as well as surviving the stomach acid and the interaction with bile in the small intestine, so that it can finally adhere to the intestinal tract at its target destination?

These questions speak to the importance of verifying the identity of probiotics. Proper identification is critical for safety as well as for efficacy purposes.

Because safety studies are most often based on the genus/species or strain, it is critical that manufacturers know exactly which microorganism they are incorporating in their food product to ensure safety.

Identification also is important in supporting purported health claims. Given that many different strains of microorganisms are cultured and have been tested and used in foods, any supporting studies for justifying health claims are at the specific strain level. For any claimed health benefit, manufacturers should be able to confirm that what they are using in a probiotic food product is indeed the strain tested. Enumeration (microbe count) is similarly important because any asserted health effects supported by study trial data also would be specific to the level of intake.

Public standards are a potential way to provide tests to verify the identity as well as the overall quality and authenticity of probiotic ingredients. Such standards are beginning to take shape at the U.S. Pharmacopeial Convention (USP), which publishes the Food Chemicals Codex (FCC).

FCC is a compendium of internationally recognized standards designating the identity, quality, and purity of more than 1,100 food ingredients. In addition to written specifications, FCC provides both test methods suitable for the verification of these standards and reference materials that allow manufacturers or regulators to verify the appropriate execution of the test methods. FCC standards are developed in partnership with industry, and USP utilizes a public review process that solicits input from any interested party to come to the best-possible standards. These standards can be useful in a variety of ways, including maintaining regulatory compliance and conducting day-to-day business transactions as part of contracts between food manufacturers and ingredient suppliers. Overall, they can provide a mechanism for ensuring manufacturers and suppliers are working under the same set of expectations regarding the required quality.
The value of standards for probiotics is in providing information on a strain where none is available otherwise, in order to allow parties to verify they are receiving what is claimed. DNA tests can be performed by contract laboratories, but some documentation is needed about the strain these laboratories should be looking for in their testing. Also, a purchaser of probiotic food ingredients may not have access to methods to confirm identity and functionality testing, (e.g., acid stability in the stomach). And trust in one’s vendor is simply not enough, particularly in an area as complex as probiotics.

As a start, a new appendix proposed for inclusion in FCC details essential quality specifications such as identification and enumeration, as well as intended uses in food, safety, regulatory status, and purity of probiotics and other microbial food cultures. Titled Microbial Food Cultures Including Probiotics and published at the end of December 2011, the appendix is intended to serve as a framework, laying out broad considerations applicable across the probiotic category. More individual standards may be incorporated into the appendix in the future.

The new appendix is the beginning of what USP hopes will be a probiotics section within FCC. Recognizing that the appendix details important considerations at a general, higher level, USP would like to drill down to provide standards that are as specific as possible. So while the appendix provides, for instance, information about the need for the various types of identification tests (what they are and why), individual monographs at, say, the species or even the strain level could provide more specific details on identifying and enumerating cultures of these types.

Ideally, standards would be developed at the strain level, but that would be more challenging and contingent on significant industry support. Overall, USP is looking to take the standards as far as the organization can in terms of specificity, as it works to provide the maximum benefit to stakeholders. As an independent, science-based organization, USP is in a unique position to convene interested parties across the spectrum-from industry, academia, and beyond-to support public health by collaboratively advancing the best-possible standards.

Part of this standards-development process is the public comment period built into any proposed standard, in which USP solicits input for a 90-day period via the free, online FCC Forum. Given the complexity of probiotics, as well as the organization’s desire to ascertain stakeholder needs to drive its future standards work, USP, in cooperation with the Institute of Food Technologists, will be hosting a workshop on probiotics on May 9 to 10, 2012, in Rockville, MD. The workshop will bring together industry, academia, regulatory agencies, and other parties to determine how USP can assist in reaching a level of openness about probiotic food ingredients.

Critical areas of focus will include defining and measuring efficacy of probiotics; assessing the impact of process changes on safety, identity, and efficacy; and current regulatory and voluntary guidelines on the safety assessment of the microorganism, among others. More information on this workshop is available at www.usp.org/meetings-courses/workshops/usp-ift-workshop-identity-and-characterization-probiotic-microorganism-used-food-ingredient.

The existence of public standards for food ingredients provides a host of benefits. With probiotics in particular, greater transparency through these standards is a way to make these ingredients more acceptable and to protect their reputation as questions-and opportunities-arise. The food industry must be able to protect ingredient quality to help ensure the overall safety and efficacy of probiotic food products. 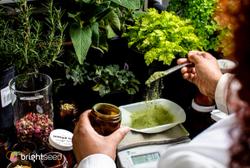