OmegaQuant Analytics, the producer of The Omega-3 Index, has launched a new Prenatal DHA Test developed for expecting mothers to monitor their omega-3 DHA level.

OmegaQuant Analytics (Siox Falls, SD), the producer of The Omega-3 Index, has launched a new Prenatal DHA Test developed for expecting mothers to monitor their omega-3 DHA level. This is an important measure for pregnant women because there is evidence that deficiency in omega-3 long chain polyunsaturated fatty acids can increase the risk of preterm birth.

Using this data, and converting the EPA and DHA plasma levels to red blood cell DHA levels, OmegaQuant determined that pregnant women should strive to have DHA levels of at least 5% (meaning that 5% of her red blood cell fatty acids are DHA). “In a study3 we published in December, we estimated that 70% of women of childbearing age in the US are below the 5% DHA cutoff. There are no known risks to having a DHA level that is too high in pregnancy, except for the potential of carrying a baby past 40 weeks. Still, the longer a baby can stay in the womb, the lower the chances are for complications,” said Kristina Harris Jackson, PhD, RD, a research associate at OmegaQuant Analytics, in a press release. “It’s hard to think of a more important biomarker than prenatal DHA levels that can be safely and easily modified and has such potentially consequential outcomes.” 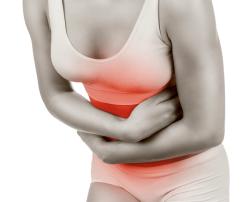