The American Gastroenterological Association (AGA; Bethesda, MD) released new clinical guidelines which find that there is not enough evidence to support the use of probiotics for most digestive conditions. The clinical guidelines, published in the association’s journal Gastroenterology1, are the first to evaluate the effect of probiotics for a wide range of gastrointestinal (GI) diseases while considering the effect of each single-strain or multi-strain formulation of probiotics independently rather than grouping them under a single, general “probiotic” umbrella, says AGA. The technical review on which AGA based its new guidelines examined existing scientific evidence of the following GI health conditions commonly considered for probiotic use: Clostridioides difficile–associated diseases, Crohn’s disease, ulcerative colitis, inflammatory bowel disease and pouchitis, irritable bowel syndrome, infectious gastroenteritis, and necrotizing enterocolitis. The technical review was fully funded by the AGA Institute with no outside funding.

The second setting is in adults and children with pouchitis, a complication of inflammatory bowel disease. For this purpose, AGA suggests the use of the following eight-strain combination containing: L. paracasei subsp. paracasei DSM 24733, L. plantarum DSM 24730, L. acidophilus DSM 24735, L. delbrueckii subsp. bulgaricus DSM 24734, B. longum subsp. longum DSM 24736, B. breve DSM 24732, B. longum subsp. infantis DSM 24737, and S. salivarius subsp. thermophilus DSM 24731 over no or other probiotics.

“Patients taking probiotics for Crohn’s, ulcerative colitis, or IBS should consider stopping,” said guideline panel chair Grace L. Su from University of Michigan, Ann Arbor, in an AGA press release. “The supplements can be costly, and there isn’t enough evidence to prove a benefit or confirm lack of harm. Talk with your doctor.”

“While our guideline does highlight a few use cases for probiotics, it more importantly underscores that the public’s assumptions about the benefits of probiotics are not well founded, and that there is also a major variation in results based on the formulation of the probiotic product,” added Su.

In response to AGA’s guidelines, the International Probiotics Association (IPA; Los Angeles, CA) stated that it welcomed the AGA’s new approach of analyzing probiotics in a strain-specific way, by analyzing the interventions individually-rather than grouping different probiotic strains and combinations of strains into one meta-analysis, for instance.

The association added, however, that there are many individual studies that have shown benefits of probiotics; however, it should be kept in mind that “the body of evidence for each strain or combination of strains may include only a single randomized controlled trial,” which IPA called “an insufficient evidence base for making prescribing guidelines.”

As another point of contention, IPA observed that AGA “looked at probiotics through the lens of pharmaceuticals,” when in fact probiotic dietary supplements by law are not considered drugs and should not be viewed as treating or preventing diseases.

“Just as drugs are not solving all the medical problems in the world, probiotics should not be seen as the magic solution to all clinical issues; both have their place within the healthcare system,” stated IPA. “For the most part, probiotics have not gone through pharmaceutical evaluation processes. As such, probiotics do not make medicinal claims to treat, cure or prevent disease, unlike drugs. Probiotics are generally not prescribed as an exclusive therapy in disease management, but most often suggested as part of the diet or as an adjunct to standard treatment.”

IPA also disagreed with AGA’s suggestion that certain patients stop taking probiotics because of the associated costs of purchasing these products. IPA also disagreed with AGA’s statement that there is not enough evidence to suggest lack of harm from probiotics. IPA argued that while AGA’s concerns about cost-per-benefit are justified, in the case of IBS, new drugs and the amount needed to treat IBS are very expensive and known to produce side effects such as nausea, constipation, and diarrhea. “By comparison, a recent meta-analysis found probiotics for IBS to have a number needed to treat of 7, positive clinical RCTs, no side effects, and cost about $20-$50 per month,” stated IPA. “Based on the evidence, an initial trial of appropriate strains of probiotics seems reasonable, rather than immediately embarking on an expensive drug that has known common side effects.”

Additionally, IPA pointed out that AGA’s recommendations deviate from those of other international medical societies such as the World Gastroenterology Organization, which in relation to IBS states in its Probiotic and Prebiotic Guidelines that probiotics have been found to reduce abdominal bloating and flatulence. IPA also pointed out that, unlike AGA, the European Society for Paediatric Gastroenterology Hepatology and Nutrition and the European Society for Paediatric Infectious Diseases recommend the use of probiotics in acute gastroenteritis in children. AGA does not make this recommendation, arguing that the studies it examined were predominantly conducted outside of North America.

The Council for Responsible Nutrition (CRN; Washington, DC) also made a statement regarding AGA’s new guidelines. “These new clinical practice guidelines directed toward doctors in no way diminish the important role probiotic supplements play in maintaining digestive health, nor do they give reason to disregard this category’s history of safe use,” said Andrea Wong, PhD, senior vice president, scientific and regulatory affairs, for CRN, in a press release. “The guidelines are for the management of specific gastrointestinal disorders and are not recommendations for the generally healthy population. It is critical to underscore the difference between using a probiotic to treat a specific disease and the general use of probiotics in foods or dietary supplements to support digestive health.”

CRN acknowledged that the guidelines identified areas where more evidence is needed to recommend probiotics, but argued that AGA does not offer evidence that probiotics should not be used in dietary supplements or food. “We recommend that the guidelines be viewed as a call for increased research from industry and academia alike in the field of probiotics, and in no way as a dismissal of the category altogether,” said Wong. “CRN agrees that probiotics continue to be a growing area with emerging science, and we welcome more research into the benefits and safety of probiotics, both for healthy people and for those with specific diseases. The category continues to show overall growth every year both in use and in the market.”

1. Su GL et al. “AGA clinical practice guidelines on the role of probiotics in the management of gastrointestinal disorders.” Gastroenterology. Published online ahead of print on June 9, 2020. 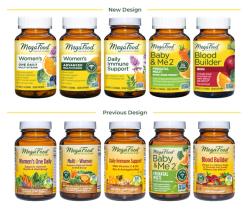 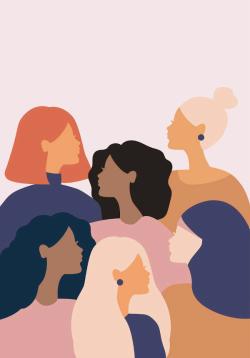