The market for skincare and beauty products remains dominated by products for topical application, but there is a growing market for supplements and, more recently, foods and beverages. Despite considerable publicity and relatively high levels of new product activity in some countries, it is still only Japan where the beauty foods and drinks market has developed to any extent, but the beginnings of a move out of the specialist arena, and more into the mainstream, are now becoming increasingly evident.

The Japanese skin health market is highly developed, with a range of products led by soft drinks, yogurts, and fermented milks; a range of ingredients including plant extracts, vitamins, carotenoids, collagen, co-enzyme Q10, ceramides, and hyaluronic acid; and a range of sub-sectors, such as skin moisture, skin smoothness, skin elasticity, and skin whitening. Elsewhere, the market is still in its infancy, and the dairy sector’s apparently major step forward-the 2007 launch of mainstream skin care yogurts and health drinks under Danone’s Essensis brand in Europe-ended in failure with withdrawal less than 2 years later.

Innova Market Insights has recorded ongoing new product activity for the use of Aloe vera in yogurts in Europe, but activity has tended to be without specific beauty positioning, relying instead on traditional consumer awareness of aloe’s benefits. Swiss dairy company Emmi has had an Aloe vera variant in its yogurt range for many years, available in a number of countries, and it is currently described as Aloe Vera Sensitive Yogurt. Previous allusions to beauty and skin health are now largely skirted around in the wake of the new EU health claims legislation. Albert Heijn, for example, introduced its All Natural Beauty plain yogurt with muesli on the Belgian market in March 2013, but this again focused on the naturalness of the product, rather than the use of any specific ingredients.

The soft drinks market has probably seen more activity than the dairy sector, particularly outside of Japan, but Innova Market Insights research indicates that the market remains much more fragmented, with athe use of a greater range of products and ingredients. In the United States, there are growing numbers of soft drinks, particularly juice-based lines, offering a range of varieties with different active ingredients targeted at specific health concerns. Beauty options are increasingly featuring here.

Ingredients used in the U.S. beauty drinks market have mainly been vitamins, minerals, and botanical extracts from fruits and other plants, most of which have a high-antioxidant positioning. Rising Beverages, for example, markets a range of supplements and supplement drinks, including its Activate range, where vitamins and nutrients are kept in a cap on top of the drink and combined by the consumer opening the product immediately prior to consumption. The range includes Activate Beauty Exotic Berry with vitamins, tea polyphenols, EGCG (epigallocatechin gallate) and açai extract.

Meanwhile Genesis Today markets a range of anti-aging drinks based on superfruit combinations, with a 2012 addition being the supplement-style Seabuckthorn100 juice, with seabuckthorn described as “one of the world’s original cosmetics.” Another 2012 arrival in the United States was Seksi Pearl Infused Beauty, a lightly-carbonated low-calorie drink containing pearl powder and flavoured with pomegranate. It is sold in cans featuring a “refreshingly beautiful” strapline.

Aloe vera, already mentioned in connection with the dairy market, is also featuring in the U.S. drinks market, with the Aloe Gloe range of natural aloe water drinks from L.A. Aloe focusing on cardiovascular and skin health benefits. Lakewood Organic also sells its own aloe juice drinks and blends focusing on skin and digestive health.

The soft drinks market in Europe has also seen some activity in skin health/beauty products, although it remains highly fragmented and actual claims have been softened considerably in the wake of new health claims regulations, with companies tending to focus on the actual components in juice blends in particular, relying on consumers to connect certain ingredients with certain benefits.

An interesting initiative in October 2012, however, was the setting up of a joint venture between the world’s largest drinks company Coca-Cola and healthcare company Sanofi to sell health drinks at selected French pharmacies, reportedly to test demand for beverages with beauty claims. The water and juice beverages called Beautific, and sold under the Oenobiol supplements brand, include products for hair and nail care, weight loss, sun exposure/skin health, and general vitality. Rival Nestlé already tried targeting the pharmacy sector with its Glowelle supplement-style beauty drink with antioxidant vitamins, phyto-nutrients, botanicals, and fruit extracts. The product launched in 2008 but was withdrawn in 2011. The Coca-Cola/Sanofi pilot now also has the issue of the tough new EU health claims laws to address.

It is clear that outside of Asia, the beauty food and drinks market is still in its infancy, but it is increasingly being driven by the growing number of women who want to maintain or achieve a youthful and beautiful outward appearance. As well as interest in anti-aging products, the concept of “beauty from within” is now widely recognised and driving demand among all age groups. 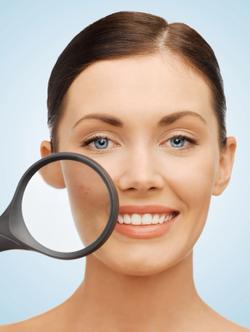 A doctor explains: Why the beauty industry needs to focus on underlying skin health rather than just cosmetic symptoms