Functional food sales have grown tremendously in past years, with many products positioned on an “antioxidant” angle. More recently, however, a new category-that of “anti-inflammatory” foods-has gained momentum and is now one of the most talked about opportunities for business in the food products industry.

Researchers of varied disciplines are intensely studying inflammation to better understand its involvement in the pathogenesis of chronic disease, as well as simple, preventative solutions that the general public can adopt.

With emphasis increasing on the role of inflammation in chronic disease, research is progressing on anti-inflammatory food ingredients that may help.

Simply speaking, inflammation is a complex protective immune system mechanism within an organism that is designed to aid in injury restoration and fight off harmful invaders and stimuli such as infectious agents, damaged cells, and other irritants. Everyone has experienced the general characteristics of an inflammatory reaction that occurs in a localized area. Think about what happens after you stub your big toe or when stung by a bee; inflammatory effects may include redness, swelling, warmth, and pain. Similarly, when there is injury or harmful stimuli inside the body, the immune system is activated.

While this immune system activation is not problematic initially, if the stimulus persists or if mechanisms that turn “off” the inflammatory response malfunction, chronic inflammation results. Recent evidence suggests that chronic inflammation is the critical process underlying disease development and progression that will eventually lead to a heart attack or stroke or other chronic diseases such as Alzheimer’s disease.

Measuring Inflammation in the Body

The most commonly measured biomarker of inflammation in the body is C-reactive protein (CRP). CRP is produced and released by the liver in response to the body’s various messages about the health status of the body-in particular, in response to increased concentrations of molecules (cytokines) involved in inflammation, such as interleukin-6 (IL-6) and tumor necrosis factor-alpha (TNF-alpha).

CRP can increase several hundred-fold during a sudden and short-term injury, infection, or illness. However, chronic inflammation is a low-grade condition that is persistent, yet damaging, to cells, tissues, and organs. Therefore, chronic inflammation requires a different set of highly sensitive measures to assess risk for chronic disease. The Centers for Disease Control and Prevention and the American Heart Association have reviewed the science and established cut points, or ranges, for the use of CRP as an endpoint in clinical settings, although mainly associated with cardiovascular disease (CVD) risk. For instance, CRP measuring less than 1 mg/L corresponds with low risk of CVD. By contrast, CRP concentrations of 1 to 3 mg/L indicate moderate risk, and concentrations greater than 3 mg/L indicate a high risk of CVD.1 According to some research, CRP concentration is the single strongest predictor of a future heart attack, even stronger than elevated total or LDL cholesterol in the blood. (However, because CRP and total cholesterol are associated with different mechanisms of disease process, measuring both cholesterol and CRP is suggested to increase a physician’s ability to assess a patient’s risk profile for a CVD event, such as a heart attack or stroke.)3,4

Inflammation and an Anti-Inflammatory Diet

If asked by someone on the street what words inflammation brings to mind, most would likely say infection, pain, or redness. However, in modern times, perhaps the words that should come to mind first are obesity, western eating patterns, and sedentary lifestyle-all of which contribute to inflammation.

Obesity is a low-grade, pro-inflammatory state. As people gain weight and become overweight and obese, CRP, along with other inflammatory mediators, also increases.3 People with higher concentrations of circulating CRP, IL-6, and TNF-alpha have a higher incidence of heart attacks, type 2 diabetes4, hypertension5, and stroke3.

Diet also plays a role in inflammation. Western-style eating patterns are characterized by frequent intake of high-calorie food and beverage portions delivering an excess of readily available carbohydrates and fats-and few other nutrients. This eating pattern, combined with a sedentary lifestyle, results in weight gain, but it is also associated with increased production of reactive oxygen species (ROS).

ROS, known to many as free radicals, lead to an acute oxidative imbalance, resulting in oxidative stress. Oxidative stress turns “on” genes that control the production of cytokines and other proteins (biomarkers) involved in inflammation. And because eating is not a one-time activity, but rather something that we repeat meal after meal and day after day, the diet becomes a central point of negotiation for oxidative and inflammatory balance-and thus, a central point in achieving and maintaining health.

At the surface, the negotiation may seem simple: Avoid diets that promote oxidative and inflammatory imbalance. However, this is easier said than done, and most people don’t like to be told what they can’t do or can’t have. Studies in human behavior have consistently revealed that people do much better at adopting change that favors what they can do or are allowed to have. In the context of inflammation, health, and disease risk, the real opportunity will be in an approach that promotes balance-incorporating foods in the diet that consumers want to eat and that at the same time minimize inflammatory stress brought about by the demands, desires, and expectations of modern day diets and lifestyles.

Several plant foods-fruits and berries, vegetables, wine, tea, and spices, to name a few-have been touted as delivering bioactive compounds that have anti-inflammatory properties. What these plant foods have in common is that they all contain compounds called polyphenols. Polyphenols are a large class of compounds widely distributed within the plant kingdom. Plant foods vary in their content and composition of polyphenols, which gives each plant unique health benefits.

Polyphenols are most well known for their antioxidant properties, substances that protect cells against the effects of free radicals. However, recent evidence shows that polyphenols may also have anti-inflammatory properties by triggering shifts in signaling patterns within cells that alter gene expression of inflammatory molecules. These shifts in signaling patterns are, in part, due to cellular oxidative status, but they are also due to actions that mediate an inflammatory response at certain receptors.

Anti-inflammatory research-in cell culture, animal models, and, in some cases, humans-is focusing on using whole foods rich in polyphenols as well as extracts of the foods.6 Highlights of the human research indicate that dark red and purple fruits and berries, such as strawberries, cranberries, and grapes, offer relief in diet-induced inflammatory stress.7

Specific research testing the effects of these foods in a single-meal setting shows significant  benefit in encouraging consumption of polyphenol-rich fruits and vegetables whenever possible, and especially with meals that are unavoidably high in fats and sugars. For example, nutrition researchers at the University of California–Davis showed that overweight men and women who drank a strawberry fruit beverage with a breakfast relatively high in fats and carbohydrates had lower levels of IL-6 and CRP.8 Similarly, compared with water, drinking red wine with a fat-rich meal reduced the activity of a transcription factor that turns inflammatory genes “on” known as nuclear factor-kappaB.9 Other researchers have shown that orange juice has anti-inflammatory effects in humans.10

If polyphenol-containing fruits and berries have a beneficial effect when consumed with just one meal, it would be expected that a longer period of regular intake would result in similar, if not more profound, effects on inflammation status. Indeed, daily consumption of fruits and berries for a period ranging from two to eight weeks, and in different forms such as whole fruit, juice, or extracts, has been shown to reduce different biomarkers of inflammation. Specifically, strawberries, cranberries, grapes, raisins, and lesser-known berries such as bilberry, chokeberry, and sea buckthorn berries, have all been reported to reduce inflammatory stress in people.7

Inflammation may be the next business opportunity for the functional foods/products industry, but research supporting inflammation remains in its infancy, with far fewer studies in humans than in cell culture and rodent models. Nonetheless, knowledge is evolving, and the area appears promising, revealing effects in humans both in the short-term, on a meal-to-meal basis, and in the long-term, when certain foods are incorporated in the diet regularly.

Overall, addressing inflammation is critical for disease risk reduction and health promotion. Research on plant foods, plant components, and plant-based diets has increased over the last decade to better understand their health-promoting benefits, including work in inflammation. To seize the anti-inflammatory opportunity and deliver the health benefits consumers demand, further advancements will be required to understand inflammation in the modern lifestyle and-through scientifically collected evidence in diverse populations-which food or ingredients, and in what quantities, promote health outcomes.

Joining the entourage: Is CBDA a hot prospect, or just too unstable to succeed? 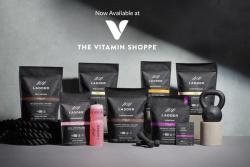