Supplementing with OmeGo is said to mimic consuming whole fish because OmeGo contains all of the polyunsaturated fatty acids found in whole fish, not just omega-3.

Hofseth BioCare ASA (Ålesund, Norway) announced a newly published animal study showing that its OmeGo nutraceutical ingredient was able to reduce inflammation associated with asthma. The study was published in the journal Biomedicines.1

OmeGo is “enzymatically liberated from fresh Atlantic salmon and is a close proxy for consuming whole fish,” the company states in a press release. OmeGo contains not only omega-3 fatty acids but also “all of the polyunsaturated acids found in whole fish,” offering “the full spectrum of 21 omegas and fatty acids.”

Previous in vitro research showed that OmeGo has antioxidant and anti-inflammatory effects, including the reduction of eosinophils, which are “well recognized as important drivers of a number of inflammatory disease in humans, including asthma,” the Biomedicines study researchers wrote. “Previous in vitro work demonstrated OmeGo to significantly reduce eosinophilic effector function, whereas this was not the case for oils containing either omega-3 alone or omega-3 and astaxanthin…”

The Biomedicines mouse study used a “house dust mite model of induced asthma.” According to researchers, “OmeGo showed a significant reduction in eosinophilic lung and system inflammation and reduced lung remodeling compared to cod liver oil.” They concluded, “OmeGo has the potential to be a pragmatic, cost-effective co-treatment for less severe forms of eosinophilic asthma.”

In the Hofseth press release, the company stated that the current study “aimed to assess the extent to which OmeGo could reduce lung inflammation in a standard animal model of induced asthma. The findings showed that OmeGo significantly reduced eosinophilic lung and systemic inflammation and lung remodeling (scarring).”

OmeGo recently received a “no objections” letter from FDA in response to a new dietary ingredient notification filing. 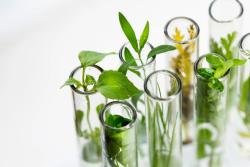