A close look at flavonoids shows their multiple actions against dementia.

The prevalence of dementia and related conditions continues to rise. More than 5 million Americans are living with Alzheimer’s disease, and between 10 and 20% of Americans over age 65 are estimated to suffer from mild cognitive impairment, with many of these individuals at risk for developing Alzheimer’s or other forms of dementia. Given this dire state and the lack of universally effective treatment options, it is prudent to consider addressing these conditions through a multi-pronged approach that includes not just pharmaceutical approaches and lifestyle changes, but dietary intervention too. Several investigations into the development of dementia and related conditions suggest that individuals with the highest dietary intake of fruits and vegetables are conferred a measure of protection against the development of cognitive dysfunction. These plant-based foods are an abundant source of polyphenols, organic plant compounds that have been researched for their ability to confer health benefits. Among the polyphenols, a particular class known as flavonoids are of great interest. Because flavonoids have been found to have significant biological effects, exploring their benefits in the realm of cognitive health is an exciting area of emerging research.

Many studies highlight the broad potential and ability of flavonoids, from foods and herbs, to preserve and enhance brain function via multiple pathways. While the effectiveness of flavonoids for brain health is not an entirely new concept (Ginkgo biloba is a flavonoid-rich herb that has been shown to support memory and confer antioxidant benefits), the wide spectrum of activity conferred by these compounds highlights their emerging potential to reduce the risk of dementia and enhance cognitive capacity that is often diminished as a result of normal aging.

Flavonoid Bioavailability and the Blood-Brain Barrier

In general, flavonoids are poorly absorbed as intact molecules from the digestive tract, which likely limits their ability to confer significant, direct antioxidant benefits in their ingested form. However, these molecules are extensively metabolized during their digestion, and their bioactive metabolites are absorbed in both the small intestine and, by way of post-bacterial processing, the large intestine (Proceedings of the Nutrition Society, 2012).

After absorption, flavonoids must effectively cross the blood-brain barrier before conferring their neurological benefits. Animal studies suggest that flavonoids can cross the blood-brain barrier, although the degree to which this happens is structurally-dependent. Studies have found that epicatechin and catechins, two classes of flavonoids, increased following the oral administration of grape seed extract. Similar studies on other flavonoids-including epigallocatechin gallate (EGCG) from green tea, flavanones from citrus and tomatoes, flavonols from Ginkgo biloba, and anthocyanins from berries-show that these compounds also penetrate brain tissue (Free Radical Biology & Medicine, 2012).

In addition to crossing the blood-brain barrier, studies indicate that flavonoids actually accumulate in areas of the brain that are critical for neural functioning and memory, and areas that play a role in pathological processes associated with dementia and other diseases. This is a critical aspect of their ability to confer biological effects. As an example, Cristina Andrés-Lacueva and colleagues from the University of Barcelona and the USDA Human Nutrition Research Center on Aging at Tufts University found that the administration of blueberries to rats led to detection of anthocyanins in the cerebellum, cortex, hippocampus, and striatum of the brain (Nutritional Neuroscience, 2005).

In the context of Alzheimer’s disease, Robert Williams from the University of Bath, and Jeremy Spencer from the University of Reading in the United Kingdom, authored a review summarizing the potential therapeutic utility of flavonoids for cognitive function and dementia (Free Radical Biology & Medicine, 2012). While conventional wisdom regarding the biological activity of flavonoids centers on their direct antioxidant potential, the authors proposed that antioxidant activity is not the primary mechanism of flavonoid benefits to the central nervous system; rather, the potential of flavonoids to benefit neurological health is likely related to three distinct and broad areas: (1) their ability to interact with intracellular signaling pathways in brain cells; (2) their influence on the peripheral and cerebral vascular system (enhancing blood and nutrient circulation); and (3) their potential to reduce neuron damage that results from toxic compounds and
inflammatory processes.

Research on the interactions between flavonoids and brain cells reveals that native flavonoids and their intestinal metabolic byproducts actively bind to neurons. Several flavonoid binding sites have been discovered on brain cells, while a specific binding site for other polyphenolic compounds has been proposed to be on the brain plasma membrane. This binding contributes to the activation of various downstream enzymes, indicating the ability of flavonoids to initiate the synthesis of a number of synapse-related proteins that can affect structural changes involved in memory acquisition and storage.

Neurodegenerative processes are also favorably impacted by this protein synthesis, as the activation of proteins, including phosphatidylinositide 3-kinases (a family of enzymes involved in cellular growth and survival), may lead to the enhancement of downstream gene expression that influences neuroprotective effects. Flavonoids have been further shown to facilitate the activation of processes that increase neuron communication, new nerve cell growth, and synaptic plasticity (the ability of the nerve connection to change and adapt in response to neural stimuli). Flavonoids have also been shown to inhibit inflammatory events and cell death. The cumulative benefits of these effects may include overall prevention of neural degeneration and premature brain aging, and enhanced memory and cognitive function (Free Radical Biology & Medicine, 2012).

The health of the vascular system is a key factor in brain health because a number of cardiovascular risk factors are strongly associated with various forms of dementia. Flavonoids promote endothelial function, regulate blood pressure, and decrease inflammation-all of which facilitate better cerebral blood flow (Free Radical Biology & Medicine, 2012). Studies have shown that enhanced cerebral blood flow leads to increased generation of neurons in the hippocampus. Following the induction of ischemia in mice, treatment with citrus flavonoids was found to enhance neurogenesis in the hippocampus via increased expression of cellular growth factors in brain tissue (Neuroscience Letters, 2012). Flavonoids have also been found to enhance the production of nitric oxide in endothelial tissue, a key factor for vascular remodeling. Increased blood flow to brain tissues serves to stabilize the structure and function of newly synthesized neurons (Cell, 2008).

Brain inflammation, as a result of toxic exposures in neural tissues, is an important factor in Parkinson’s disease, Alzheimer’s disease, and other neurodegenerative conditions. And growing evidence suggests that flavonoids play an important role in reducing this damage. Blueberry flavonoids were recently shown to inhibit pro-inflammatory factors in mice microglia cells (immune cells innate to the central nervous system), such as tumor necrosis factor-alpha (Journal of Agricultural and Food Chemistry, 2013). Green tea polyphenols have shown an ability to reduce damage in neural tissue via the chelation, or removal, of free iron, a pro-inflammatory mineral (Genes & Nutrition, 2009). Another mechanism employed by flavonoids to address the effects of toxins and inflammation in brain tissue is the enhancement of endogenous antioxidants. As an example, the flavonoid epicatechin was found to increase glutathione production in astrocytes (Journal of Neurochemistry, 2008), star-shaped cells that are also the most abundant cell type in the human brain, facilitating nervous system repair and neurotransmitter uptake and release, among other critical functions. Fisetin, a flavonoid found in strawberries and other fruits, was recently investigated for its ability to counter aluminum chloride toxicity in mice. Aluminum chloride induced several pro-inflammatory effects on brain tissue, and oral administration of fisetin was shown to reduce inflammatory markers and exert neuroprotective effects (Neuromolecular Medicine, 2013).

The benefits of flavonoids and the breadth of their interaction with neurons extends far beyond any direct antioxidant effect that may be conferred by them. The complexity of these interactions makes flavonoids uniquely suited as effectors of structural and physiological changes in brain tissue.

Additional research prospectively examined flavonoid consumption in a cohort of individuals over a ten-year period and found that higher flavonoid consumption resulted in superior cognitive outcomes (American Journal of Epidemiology, 2007). Furthermore, Kristopher Beking and Amandio Vieira from Simon Fraser University in British Columbia, Canada, undertook an evaluation of global data on flavonoid intake and dementia from 23 developed countries. The results of their evaluation suggest that higher dietary flavonoid consumption, especially of flavonols (including quercetin and others), is associated with lower rates of dementia in the population at-large (Public Health Nutrition, 2010). Elizabeth Devore’s group from Harvard Medical School and the German Center for Neurodegenerative Diseases in Bonn, Germany, found that greater intakes of blueberries and strawberries, as well as greater anthocyanidin and total flavonoid consumption, were associated with slower rates of cognitive decline in more than 16,000 participants aged 70 and older from the Nurses’ Health Study. The results of their analysis indicated that higher berry intake delayed cognitive aging by up to 2.5 years (Annals of Neurology, 2012).

In terms of interventional studies, research on Ginkgo biloba continues to show positive benefits for cognitive function. While the GuidAge trial (The Lancet Neurology, 2012) on standardized ginkgo extract in 2854 individuals age 70 and older with memory complaints did not show a preventive effect on the development of Alzheimer’s disease compared to placebo, other investigations of ginkgo in patients with dementia have shown significant benefits. A recently published review by Ralf Ihl from University of Dusseldorf, Germany, on four recent trials investigating Ginkgo biloba extract EGb 761 in 1294 patients with dementia, found that ginkgo supplementation improved cognitive performance, behavioral symptoms, and measures of daily living activities compared to placebo (International Journal of Psychiatry in Clinical Practice, 2013).

Flavanols from cocoa have also been investigated for improving cognitive function in individuals with mild cognitive impairment. A review article by Alexander Sokolov’s group from the University of Tübingen Medical School in Germany highlights the potential cognitive and behavioral benefits associated with the consumption of cocoa flavanols in humans and discusses their potential mechanisms of neuroprotection and neuromodulation (Neuroscience and Biobehavioral Reviews, 2013). Additionally, Giovambattista Desideri and colleagues from the University of L’Aquila in Italy conducted the Cocoa, Cognition, and Aging (CoCoA) Study in 90 elderly patients with mild cognitive impairment (Hypertension, 2012). For eight weeks, subjects consumed a daily drink containing flavanols at a high dose (990 mg/day flavanols), medium dose (520 mg/day), or low dose (45 mg/day). While scores on the Mini Mental State Examination, a measure of cognitive function, were similar in all groups at the end of the study, subjects in the high and medium flavanol groups showed improvements in other cognitive measures compared to the low flavanol group. Verbal fluency and scores on the Trail Making Test, a standardized assessment of visual attention and cognitive flexibility, both improved.

Continued research into the benefits of various flavonoids will serve to further clarify their overall impact on cognitive impairment, dementia, and other neurodegenerative conditions. Given the broad nature of their interactions with brain cells and the vascular system, it is clear that increased flavonoid consumption as a dietary and supplementary intervention holds significant potential for reduced risk of age-related cognitive dysfunction. As the prevalence of these diseases and their burden to society increases, continuing to explore effective means to prevent or delay their onset is of paramount importance. 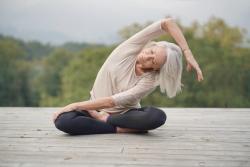