The compendium has no legal or regulatory force related to the legal classification of products or substances.

The European Food Safety Authority (EFSA; Parma, Italy) has published an updated compendium of botanicals of possible concern. These botanicals have, at one point in the past, been reported to contain toxic, addictive, psychotropic, or other substances of concern. To be included on the list, a botanical must have appeared on a negative list or be subject to restricted use-for instance, as far as a maximum level or certain part plants allowed for use-in at least one European Member State.

This latest compendium, published on May 31, was last previously published in 2009. It is meant to help “risk assessors” identify compounds of concern that should be focused on during risk assessment, EFSA stated.

However, EFSA made sure to emphasize that just because a botanical appears on the list, it does not necessarily mean that a botanical product or ingredient in actuality will contain the substance(s) of concern. “The Compendium aims at flagging plants or parts of plants or compounds of possible concern for human health naturally present in the listed botanicals and that therefore require specific attention while assessing the safety of products containing such botanical(s),” EFSA stated. “It is underlined that the presence of a substance of concern in a given botanical does not necessarily mean that this substance will also be present in the botanical preparation, and if present, that it is at a dosage causing a health concern.”

Alternatively, EFSA said, “The absence of a given botanical species in this Compendium cannot be interpreted as this species is devoid of compounds hazardous to health.”

In this new version of the compendium, EFSA has published two annexes. The first lists botanicals for which EFSA says not enough information on possible substances of concern could be found, or for which information present could not be verified.

The second annex contains botanicals for which EFSA’s Scientific Committee felt that although some data were available, it could not identify substances of concern or other reasons for including the botanical in the compendium.

The current compendium contains approximately 900 entries and is organized alphabetically “without any judgment on whether they are suitable or not suitable for food applications in Europe,” EFSA stated. It also took care to note that the compendium has no legal or regulatory force related to the legal classification of products or substances.

Nutritional Outlook thanks the American Botanical Council for the tip.

Respect your elders: Checking in with elderberry 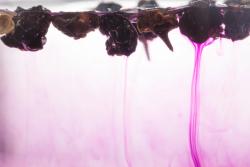