Here’s a look at some ingredients that are making a splash.

In August, the Irish Sea Fisheries Board announced plans to begin a national project on seaweed. Given the nutrition and market potential of seaweed, the agency believes it can double its national seaweed industry to €20 million by 2013.

So how is seaweed being marketed in the functional health arena?

As it turns out, several parties have been and are continuing to research and market the benefits of seaweed for weight management.

Since first marketing its seaweed ingredient in the United States 18 months ago, Innovactiv (Rimouski, QC, Canada) has seen steady progress on InSea2, a carb and starch blocker. Derived from brown seaweeds (Ascophyllum nodosum and Fucus vesiculosus), InSea2 is a polyphenol-based ingredient that has been scientifically shown to inhibit the production of alpha-amylase and alpha-glucosidase, enzymes that speed up the breakdown of carbohydrates into blood sugar. In other words, there’s more to sugar management than just eating less sugar. How humans actually absorb and break down sugar can have significant influence on weight.

Scientists first observed InSea2’s ability to inhibit sugar-metabolizing enzymes in vitro, and have since proceeded with animal and human studies. In two studies, rats given meals with InSea2 experienced reduced blood sugar and insulin levels after eating, compared to placebo. This difference is comparable to what would be expected by shifting from a high-glycemic-index meal to a low-glycemic-index meal. This slowing of sugar breakdown has been documented in studies on other polyphenols, including in the Journal of Medicinal Chemistry (2008) and in the American Journal of Clinical Nutrition (2007).

Blood sugar is intimately connected to the hormone insulin, and when blood sugar levels increase in humans, so does insulin. Insulin encourages the body to store fat. Yet when insulin isn’t around to catalyze this event, the body will actually burn fat for energy, rather than burning the carbohydrates just consumed.

In a recent randomized, crossover, double-blind, placebo-controlled human study, healthy subjects were given white bread 30 minutes after supplementing with 500 mg of InSea2. Blood sugar and insulin levels were measured three hours after supplementation, and subjects switched to placebo after a wash-out week. Compared to placebo treatment, InSea2 treatment resulted in a 48% average decrease in blood sugar, a 22% average reduction in peak insulin, and a 12% average reduction in total insulin. Such impacts on insulin levels make InSea2 a viable option for diabetes management, as diabetics must cope with low natural insulin levels. The study has been submitted for future publication in the journal Metabolism.

Innovactiv stresses that InSea2 is the only product with data showing an ability to slow the absorption of starch and sugar.

The safety of InSea2 has been established through clinical observations on humans and animal toxicology studies. Doses of 250 to 500 mg have been recommended for humans. InSea2 is water soluble and is recommended for use as a capsule or tablet, although it can also be formulated for soft gels and ready-to-drink powders.

Bio Serae Laboratories (Bram, France) has its own brown seaweed extract, ID-alG, which the company says has similar effects on weight. In September, the company repoted on a recent double-blind, placebo-controlled study in which 60 obese women supplemented with 400 mg of ID-alG or placebo for two months. Average weight loss in the treatment group was reported to near 3 kg, all by way of fat loss. No side effects were observed. In vitro studies reportedly showed the ingredient’s ability to inhibit lipase and alpha-amylase.

Available seaweeds in the weight-management market are plenty. One other ingredient is fucoxanthin, a compound derived from brown seaweed. Fucoxanthin is being used by several companies as a thermogenic ingredient.

Fucoxanthin is purported to increase weight loss by bumping up the expression of uncoupling protein 1 (UCP1), which mediates energy away from ATP and towards the burning of fat cells. This ability of fucoxanthin has been documented in published clinical studies.

In a 2009 unpublished pilot trial, 19 human subjects were assigned to placebo, 2 mg of fucoxanthin, or 4 mg of fucoxanthin daily, for three months. CT scans were performed to assess fat loss in the subjects over the course of the trial and for an additional month after. Modest weight loss was observed in both fucoxanthin groups, nearing 3% reduction at four months. The company has scheduled a clinical trial for 2011 in which fucoxanthin’s effects will be compared to the effects of fucoxanthin with a restricted diet.

In order to ensure high bioavailability of its fucoxanthin, Beijing Gingko recently began a partnership with Capsugel, a division of Pfizer (Greenwood, SC), to incorporate its SMEDDS (Self-Microemulsifying Drug Delivery Systems) technology in ThinOgen. SMEDDS technology has been shown to boost nutrient bioavailability for several ingredients, including CoQ10 by 200% and vitamin E by 200%, in animal and human trials, respectively.

Fucoxanthin is also being explored for a direct health benefit on the liver, namely in cases related to nonalcoholic fatty liver disease (NAFLD). (For more on this condition, check out page 50).

P.L. Thomas (Morristown, NJ) recently launched Xanthigen, an ingredient of fucoxanthin and pomegranate seed oil. The company sees that healthy maintenance of the liver, including clearing excess fatty acids, allows for increased efficiency of the organ as well as reductions in fat.

In a 16-week study published in the journal Diabetes, Obesity, and Metabolism, 151 obese, nondiabetic females with NAFLD and normal liver-fat content were placed on 200 mg of Xanthigen or placebo, three times daily.

Orgenetics (Anaheim, CA) has an originally cultivated weed that pledges to help curb weight and hunger. Called AimSlim, the ingredient is a concentrated form of the Indian weed Achyranthes aspera, which has been used in India as a traditional food for medicinal purposes for centuries.

The possible mechanism of action behind AimSlim is believed to come from its natural source of oleic acid, which can convert into oleoylethanolamide (OEA). OEA stimulates PPAR-alpha proteins (peroxisome proliferator-activated receptor), which the company says have been proven to decrease food intake and stimulate lipolysis (the metabolic breakdown of fat cells). This effect has been observed in two animal studies over the past decade.

Thus far, Orgenetics has completed two animal efficacy and safety trials in which an AimSlim dose of 500 mg/kg of body weight resulted in reduced food intake after 20, 60, and 120 minutes, and statistically significant body-weight reduction after just eight days.

Certified organic and natural, the ingredient is recommended at a daily dose of 500 mg two times a day, and mice have been safely treated with an ingredient dose of up to 2000 mg/kg body weight. Chewables and capsules have already been launched in the United States and other countries.

Over the past few decades, a wealth of human clinical science has been conducted on conjugated linoleic acid (CLA), supporting the claim that the nutrient improves body composition by reducing body fat mass and even increasing lean mass in humans. CLA, largely derived from grass-fed cows, is said to have two principal areas of action, targeting adipocytes (where fat is stored) and skeletal muscle cells (where fat cells are burned for energy).

Industry members involved with CLA like to point out a 2004-2005 two-part study in which CLA treatment was found to be safe and effective for more than 100 human subjects over two years. In this intervention, CLA supplementation showed reductions in body fat up to 8.7% compared to placebo.

More recently, a 2007 meta-analysis on CLA published in the American Journal of Clinical Nutrition highlights the strength of existing science. “In looking at the total body of science, the meta-analysis showed that Tonalin CLA was effective and produced no adverse side effects or outcomes, while significantly reducing the body fat in a wide variety of populations,” says Sharrann Simmons, North American marketing director for Cognis Nutrition & Health (Cincinnati), a supplier of Tonalin-brand CLA. “There’s been CLA work done on age ranges from 18 to 78, on different cultures, on obese and average-weight people, and on people who do and don’t exercise. In all of these different populations, the outcome has been positive.”

CLA has been the subject of an estimated 53 human clinical trials, says Simmons. But many of these studies focused on areas other than weight management, including immunity and inflammation.

That’s because the existing science is pretty substantial, says Simmons. With FDA-qualified Generally Recognized as Safe (GRAS) status and novel food approval expected in Europe by the end of next year, Cognis’s CLA work is gearing towards additional health platforms now, too.

The company states that the optimum dosage for CLA is between 3 and 3.2 g per day. FDA and the European Food Safety Authority have recognized 3 g as a safe daily amount.

In Nutritional Outlook’s January/February issue, we included an article about satiety ingredients, including Fabuless, an oil emulsion product from DSM Nutritional Products (Parsippany, NJ), which pledges to slow down food absorption in the gut via a process called “the ileal brake.”

The ileal brake is explained as a case in which a hormone signals to the brain that the body is full. Explaining the ileal break has remained somewhat of a mystery, but research published in June by the American Journal of Clinical Nutrition may bring us closer to the answer. In a double-blind, placebo-controlled crossover trial, 16 normal-weight subjects were assigned to consume a yogurt with a vegetable-oil emulsion (Fabuless) or a placebo of similar character and caloric content. Gastric and intestinal samples were collected from the jujenum (middle section of the small intestine) of each subject after 180 minutes, and what researchers discovered was nearly double the amount of lipids (primarily as free fatty acids) in the treatment group, compared to control, along with a notable presence of needle-shaped crystals.

Those crystal formations may very well be responsible for the delayed absorption of fat induced by Fabuless. “The crystallization of hydrolyzed ingested lipids in the gastrointestinal lumen makes it possible that sufficient amounts of lipids may reach the ileum and activate a feedback mechanism, such as an ileal brake,” wrote the study’s lead author. “Together, these results form a hypothesis that may explain the increased satiety that has been observed with this vegetable-oil emulsion made of palm oil and oat oil.”

Sidebar: A Response to Consumer Reports

Consumer Reports called out bitter orange as having the potential for several health risks, including high blood pressure, heart attack, and stroke. Now, Nutratech Inc. (West Caldwell, NJ), a supplier of bitter orange (Citrus aurantium) extract, is offering some comments of its own.

Nutratech told Nutritional Outlook of its recently completed safety summary on bitter orange. The company says that accusations that its ingredient bears similar effects to Ephedra are unfounded.

“During the past several years, a number of case studies have been reported for products containing [bitter orange] that involved adverse cardiovascular or other events where the authors suggested that the causative agent was synephrine, [an active compound in] C. aurantium, bitter orange,” reads the summary. “However, in each case, the product in question contained five to 12 alkaloidal ingredients...It is not possible to ascribe the effects specifically to one of these constituents. Furthermore, it is not known whether other factors...may have been responsible for the observed effects.”

The company also points to several historical safety studies conducted on bitter orange in which it says no adverse health effects could be attributed to the ingredient. 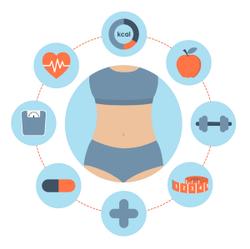