Weight Gain Due to Calories, Not Protein Intake

A JAMA study finds no benefit of higher protein intake on fat loss.

One thing is sure: intake of dietary calories will influence weight gain. But the notion that protein can affect body fat has hit a snag, thanks to a new study published in JAMA, the Journal of the American Medical Association.

In a randomized controlled trial funded by Louisiana State University and the USDA, 25 healthy and weight-stable adults, ages 18 to 35, were assigned to overfeed on diets containing 5%, 15%, or 25% of energy from protein. Over eight weeks, researchers measured body composition and energy expenditure in each subject.

The aim of the study was to determine whether changes in protein intake would affect body fat in patients in a controlled setting.

“Among persons living in a controlled setting, calories alone account for the increase in fat; protein affected energy expenditure and storage of lean body mass, but not body fat storage.”

Best practices for bars: Raise the protein, cut the sugar 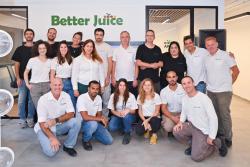