The natural beauty product business shows no signs of slowing. According to market researcher SPINS, the natural and specialty body care market saw more than $1.9 billion in sales in 2012-a 17% growth over the previous year. To satisfy consumers’ clamoring, natural beauty brands continue to focus on launching alluring new product lines.

When picking ingredients, some beauty marketers are looking for the next “trendy” addition; still, others stick with longstanding ingredients backed by years of research.

“We never choose ingredients based on a trend; we always look to published research,” says Bryan Barron, who leads the research team at Paula’s Choice, a company founded by beauty expert and so-called “Cosmetics Cop” Paula Begoun. Begoun is author of Don’t Go to the Beauty Counter Without Me, and she helps consumers decipher ingredient labels, providing advice about which beauty products will work and which are “formulated to fail.”

Candace Chen, founder of FaceLube, a men’s antiaging skincare brand, says she doesn’t pay attention to trends either when choosing ingredients for her products. “We don’t try to catch our customers’ attention by just calling out an ingredient that sounds cool, because we have to be able to explain what the ingredient does and why it’s there [in the product].” Men, she says, care just as much as women do about the ingredients they put on their face.

FaceLube’s ingredient suppliers keep the company abreast of new science. “Our suppliers know that we like new and cutting-edge ingredients that are backed by clinical studies, so when they have something new, they will send us information and samples,” says Chen. “We then take this information and do our own research in-house to decide which ingredients to incorporate in our next-generation lineup.”

David Parker, cofounder of The Body Deli, which uses raw, natural, and organic ingredients, says that a trendy ingredient can be a valuable asset when it comes to marketing, but consumers often relate to an ingredient that has a certain level of familiarity. “It’s all about keywords today, as in a Google search,” says Parker. “That’s how consumers shop and find information. If we use an ingredient no one has ever heard of, the consumer really won’t go for it.”

The Body Deli is a great example of a brand turning to an ingredient that has existed for a long time. The company uses one of the oldest cultivated fruits on earth, the Medjool date. “Dates are nourishing to the skin, and they help to bind moisture,” says Parker. “There has been a lot of research done on them as a new superfruit that contains higher levels of antioxidants than some more well-known fruits. Plus, I was looking for ingredients that would reflect the environment of [the company’s hometown] Palm Springs, California, and dates are so prevalent here that it made sense to use them in formulations.”

Nearly a world away from Palm Springs, Indigena is another beauty brand that uses ingredients inspired by its hometown, Newfoundland. Indigena recently launched its Blueberry Bliss Body Scrub, which contains blueberry seeds from Newfoundland. “Newfoundland is the only place that has pest-free blueberries, with the highest antioxidant content,” claims founder Lisa Walsh. “The uniform seeds provide an excellent exfoliation.”

Walsh says Indigena conducted its own studies of the antioxidant properties of 36 edible native berry plants of Newfoundland, in collaboration with Memorial University of Newfoundland’s Biology and Botanical Garden and several scientists on the brand’s advisory board. Walsh says she always looks for natural actives that have a high antioxidant capacity for free radical scavenging above 90%.

But, while Newfoundland may have intriguing raw materials that offer antiaging and skin benefits, Walsh does admit that “Everything in skincare ultimately follows food trends.”

So, what are the ingredients likely to be trending next? Here are some that beauty companies are calling attention to.

“Senestem is proven to fade signs of senescence, which is the process of cellular deterioration with age,” says Sonia Dawson, marketing manager for IRB by Sederma. IRB is Sederma’s Institute of Biotechnological Research, based in Italy, which has enhanced plant cell technology through its exclusive, eco-sustainable “HTN” biotech method. “This method yields high and reproducible levels of key plant actives for advanced cosmetic results,” says Dawson.

As one ages, the functionality of cells responsible for building the skin matrix changes. “Prior to senescence, the skin’s cells produce key structural proteins such as collagen and elastin and other molecules that maintain skin’s vitality and firmness,” says Dawson. “However, after senescence, these cells switch activity and produce high amounts of pro-aging molecules that breakdown the skin.” Once these aging cells accumulate, skin starts to sag and thin, or age spots begin to appear.

Studies show that signal-blocking molecules known as microRNAs are responsible for triggering senescence, according to Dawson. “Senestem combats senescence by targeting microRNAs, and it is the first cosmetic ingredient to show such activity,” she says. “In as little as one month, skin visibly recovers its density, firmness, and elasticity, and the intensity of age spots is notably reduced.”

Sea buckthorn oil is ideal for beauty products and is used to combat the signs of aging in skin, hair, and nails by stimulating collagen production, according to James Liu, general manager of beauty brand SeabuckWonders.

“Sea buckthorn oil has been used in Eastern medicine as a powerful antioxidant, but it has never caught on in beauty,” says Liu. “We just launched our beauty and personal care product line last year, which features it as a main ingredient, and I’ve only seen a few other beauty brands using it for the past three or four years.”

Liu says the oil provides over 190 bioactive nutrients and minerals, along with omega fatty acids 3, 6, 7, and 9. It also nourishes the body with high levels of carotenoids and vitamins A, C, E, and K.

The oil is also used in Weleda’s new  Sea Buckthorn Replenishing Body Lotion. “Sea buckthorn is super rich in antioxidants, which boast many skincare benefits,” says Ruehlman of Weleda North America. “We use the juice, which is high in vitamin C, as well as the pulp and seed oil because they are rich in essential fatty acids, including the hard-to-get omega-7 fatty acid that is essential for collagen repair.” Ruehlman adds that some of the vitamins in sea buckthorn protect the skin from free-radical damage associated with signs of aging.

“We use a couple of different varieties of sea buckthorn, including Gala 1, which contains a high level of vitamin C,” says Ruehlman. “We also use the Gala 7 variety because it’s best suited for obtaining oil for skin care.” Ruehlman says that about 3.5-oz of sea buckthorn juice yields 600 µg of vitamin C, “which is more than you would get from even lemons or oranges.”

Argan oil may not necessarily be new, but it’s still in demand. Skincare brand founder Josie Maran has been using it since 2007, beginning with her first facial moisturizer, 100% Pure Argan Oil. This summer, Maran is launching 100% Pure Argan Oil Light.

“I’ve been asking chemists for years if there was a way to get an ultra-lightweight version of argan oil,” she says. “Finally, we’ve been able to release its lightest elements, while still maintaining all the amazing skin benefits.” The new oil is said to be fast-absorbing, leaving behind a semi-matte finish.

Other skincare brands are also argan oil fans. Sundial Brands uses argan oil in its new SheaMoisture Baby Care Collection, and The Body Deli is also in the process of adding argan oil to its mix of essential oils.

“We’ve performed four clinical studies on Bonicel-three with lotion and one with soap-and they all showed significant improvements in the appearance of fine lines and wrinkles, pore size, and redness, as well as improvements in moisturization, hydration, and elasticity,” says Michael Bush, Ganeden vice president of business development. “It would be perfect to use in a product that claims to combat the ‘seven signs of aging.’ Bush says quite a few beauty companies are now looking into formulating with Bonicel, with several launches expected later this year.

Speaking of fermented ingredients, beauty brand Indigena’s Land & Sea Exfoliant launched in June 2013 with fermented blueberry power. “The benefit of choosing a fermented product is twofold,” says founder Walsh. “First, it has a very pleasant blueberry scent that engages the user immediately. Second, the fermented blueberry immediately tones down the redness and irritation associated with sensitive skin. It cools, tones, and calms the skin. Plus, it has a subtle lightening effect.”

Beyond the beverage aisle, coconut water is proving extremely useful and versatile in natural beauty formulations.

The Body Deli is in the midst of reformulating its entire product line by replacing its Aloe vera juice, used as a water base in all of its products, with coconut water. According to founder Parker, the company decided to reformulate because many of its customers are allergic to Aloe vera. “Coconut water has less allergy potential for most people, so we will be testing it in our formulations for awhile to see how it goes,” says Parker. “But coconut water is amazing. It has electrolytes and moisturizing properties. I also think we are the first brand to use coconut water as a skincare ingredient in this way. And, we do love the fact that coconut water is so trendy as well.”

Bamboo extract, cucumber juice, and burdock fruit have the potential to become big hits in beauty, especially for antiaging products, according to Quirk of Draco Natural Products, which sells these ingredients.

“Currently, cucumber has only been used as a fragrance or weak hydrosol, but we extract the whole skin, peel, and flesh, which creates a more beneficial ingredient,” he says. Quirk claims his company’s cucumber juice and whole-fruit extract 20:1 can protect skin elastin and hyaluronic acid, improve skin  moisture, while providing anti-wrinkle benefits, according to results of one study. “We have been selling awesome amounts of this, and it is backed by excellent research,” says Quirk. “Since the benefits are concentrated in the juice, this ingredient allows a formulator to easily achieve the right concentration of hyaluronic acid for antiaging benefits.”

Draco’s bamboo extract, composed of 70% silica, is also popular. It is derived from the leaf and stem of the bamboo plant and is used for nourishing effects on the hair and skin. Quirk says that silica is considered an essential nutrient for connective tissues.

Burdock fruit (Arctium lappa), another Draco product, and its active compound arctiin, have the potential to help reduce wrinkles by stimulating collagen production and improving metabolism of the dermal extracellular matrix.

Wherever a company gets its next best ingredient from, know that the options are many. “Antioxidant ingredients from familiar foods like chocolate, pomegranates, spices, green tea, and wine remain popular in personal care and cosmetics,” says David Sprinkle, research director for MarketResearch.com Publishing.

Another trend seems to be in using unusual parts of a plant, such as roots and bark. “Research is being done on existing plants to explore new parts that aren’t typically used,” says Barron of Paula’s Choice. “We’re asking questions like, ‘How about the root versus the flower?’ We should continue to reexamine the plants that we already know are good for the skin, and determine how a familiar ingredient can be further exploited to provide different skin benefits.”

Draco’s Quirk agrees. “More and more, people are intrigued by botanicals used in traditional Chinese medicine, which uses every part of a plant-from the roots and bark to the seeds and leaves.” For instance, he says, Rhodiola rosea root and Eucommia bark are two inedible plant parts being used in some antiaging products, thanks to their ability to increase or protect collagen production.

“This is a huge treasure trove of bioactives for antiaging, DNA repair, and skin rejuvenation,” he says. 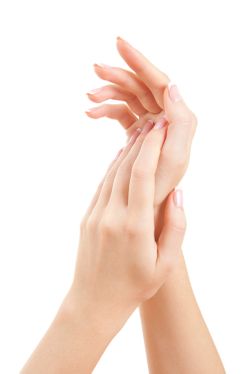