Given this, a single-molecule or single-ingredient flavor-masking solution might not be enough to successfully block taste.

As an example, David Bom, Sensient’s technology development manager, explains, “There are more than 25 bitter receptors on the human tongue, which are responsible for tasting everything from hops in beer to the caffeine in our coffee. Bitter molecules are agonists. When they bind to the receptor, they activate it, leading to an entire cascade of signaling events that agonists ultimately tell the brain are either ‘Yuck! Bitter!' or 'Mmmm! Yummy!' If you block the receptor signaling, you can control that signal.”

Given this, a single-molecule or single-ingredient flavor-masking solution might not be enough to successfully block taste; rather, one needs “an entire toolbox of ingredients that work together to mask ‘off’ notes and enhance flavor,” the company says.

That’s where Smoothenol 2G comes in. The company says that unlike “yesterday’s masking technologies [that] were based on a single-compound approach that we now know is at odds with the reality of taste receptors,” Smoothenol 2G is an all-natural, multicomponent system. And if an ingredient like caffeine binds five receptors, then effective flavor masking could require up to five different masking compounds, which Smoothenol 2G can provide. Smoothenol 2G can block the bitter, metallic, chalky, astringent, and other “off” tastes associated not only with caffeine but also sweeteners (e.g., the bitter notes of Reb A), alcohol, vitamins and minerals, and nutraceutical and functional ingredients.

And, Sensient says, it made sure that Smoothenol 2G is a flexible system that can be varied according to the product formulation at hand. It “optimizes taste and is flexible enough to meet specific formulary needs of the finished product, without compromising performance or resorting to artificial additives,” the company explains. The line includes the following:

The science of taste reception is still emerging. Bom says that while this multipronged approach to flavor masking is new to the flavor industry, it’s already old practice in the drug industry. “The majority of the time, medicinal chemists are trying to improve selectivity over multiple targets,” he says. “Other times, they either, knowingly or unknowingly, design molecules that derive their therapeutic value through the interaction with two or more receptors. A lot of brain-active medications act in this manner. In other cases, targeting multiple receptors leads to toxicity, which drives the need for selectivity.”

“Our success is a combination of knowledge of receptor science and molecular chemistry, along with taste experience and elegant thinking,” he says. 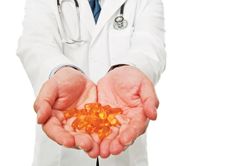