A recent study found that Fortiquin from Dolcas Biotech demonstrated significant benefits in sexual endurance and stamina in male subjects.

A recent study1 found that Fortiquin from Dolcas Biotech (Landing, NJ) demonstrated significant benefits in sexual endurance and stamina in male subjects. Fortiquin is a standardized blend of extracts from mucunaseed, fenugreek seed, artichoke leaf, and ashwagandha root, alongside the amino acid L-arginine. Poor sexual stamina can have a deleterious effect on men’s quality of life because of the potential embarrassment and frustration. It can also be acquired through stressful events and situations. Fortiquin is designed to fortify one’s response to stress, which can in turn support sexual endurance in men.

“The individual herbs in Fortiquin exist as extracts – not powders – delivering an enriched profile of the phytochemicals most associated with the herbs’ activity and organ affinity,” says Shavon Jackson-Michel, ND, director of medical and scientific affairs for DolCas, in a press release. “The synergistic blend retains an exclusive fingerprint for standardization, protecting the inventiveness of the brand, while at the same time complying with highest quality standards for consistency and traceability.”

In the study, 60 subjects were randomly assigned to receive either Fortiquin or placebo twice daily for eight weeks. Results showed that compared to placebo, subjects taking Fortiquin exhibited a 5.1-fold improvement in sexual stamina and endurance. The intervention was also found to have a good safety profile. 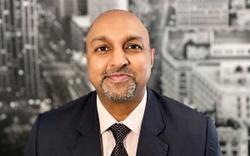