Together with dietary counseling, a combined intake of probiotic strains Bifidobacterium lactic BB-12 and Lactobacillus rhamnosus GG may help reduce the risk of diabetes during pregnancy, according to a Finnish study. It may also improve blood glucose control and promote child health. The probiotics are flagship strains from Chr. Hansen (Hoersholm, Denmark).

The randomized, controlled trial on 256 pregnant women began in 2002 and performed 24 months of follow-up, including pregnancy outcomes and fetal and infant growth. During their first trimester, the 256 women split into a control and an intervention group. The intervention group received dietary counseling and was further double-blind randomized to receive the probiotics.

No significant differences in prenatal or postnatal growth rates among the study groups were detected. However, the probiotic intervention was said to result in a diminished risk of larger birth size in affected cases.

“The results of the present study show that probiotic-supplemented perinatal dietary counseling could be a safe and cost-effective tool in addressing the metabolic epidemic,” stated the researchers. “In view of the fact that birth size is a risk marker for later obesity, the present results are of significance for public health in demonstrating that this risk is modifiable.” 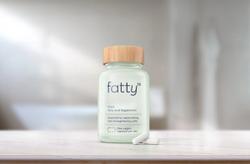 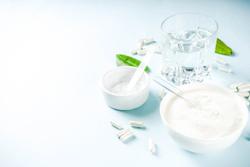 Collagen on the cutting edge: The next generation of collagen ingredients