New study expands on the potential health benefits of fucoidans

Researchers found that out of 754 mRNA screened, fucoidan affected a total of 53 mRNA and pathway analysis predicted 29 different pathways and processes grouped largely around receptor signaling, cancer-related pathways, the majority of which were previously associated with fucoidans. However, analysis also identified 9 new pathways and processes. The study illustrates that a single dose of fucoidans can affect the expression of genes related to fundamental cellular processes and confirms previous data about fucoidans’ influence on immunity, cancer cells, inflammation, and neurological function.

“These are exciting results that further increase the potential for fucoidan to be utilized in a wider range of therapeutic treatments,” said Helen Fitton, PhD, chief scientist at Marinova and co-author of the paper, in a press release. 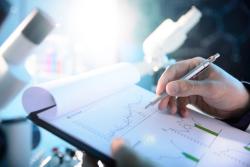