Surprising to some, wheatgrass and other cereal grasses can be an important food for those seeking a gluten-free diet.

Over the past several decades, wheatgrass has become quite popular among health-minded consumers who are looking for a rich source of chlorophyll and the nutrients associated with dark green leafy vegetables. It is now available in four forms.

The original form, whole food wheatgrass, is still sold today. It is grown through cold weather outdoors in climates appropriate for wheat. In recent years, three other forms have appeared. One is freshly squeezed from trays of wheatgrass and is available in many juice bars. Tray-grown wheatgrass is also grown by enthusiasts in their homes using shallow flat containers often with little or no soil. Because of the popularity of this form of wheatgrass, juice powder and frozen juice are the two other forms that have recently appeared to offer a more hassle-free way to drink a “shot” of wheatgrass juice. All these juice products cost considerably more for the same amount of chlorophyll and green food nutrition contained in wholefood wheatgrass.

Regardless of form, wheatgrass is used to increase the amount of chlorophyll and green food nutrition in the diet. Citing an impressive body of research, most nutritionists, doctors, and even the USDA recognize that dark green leafy vegetables should make up a high percentage of the food we eat. That’s because research has shown that diets rich in these foods result in significantly less degenerative disease. Whole-food leafy green vegetables provide important nutrients, antioxidants, and essential vegetable fiber-which provides better assimilation of all foods, because such roughage is a perfect media for probiotics in the colon.

The original research was with not only wheatgrass but also grasses of other grains, such as barley, rye, and oats. The study of these grasses began in 1932 with the work of food scientist Charles F. Schnabel. He was soon joined by other notable scientists. As a result of their research, whole-food, dehydrated cereal grass powders have been sold continuously for more than 80 years.

In more recent times, the tray-grown variety of wheatgrass has become popular. Ann Wigmore, Viktoras Kulvinskas, and other authors associated with the Hippocrates Health Institute promoted the idea of sprouting wheat and then letting it grow leaves, which are harvested about seven days after germination. The scientific support used by these authors included references to the research by Dr. Schnabel and his colleagues. At least two popular books on wheatgrass are dedicated to Charles Schnabel. Steve Meyerowitz, in his popular book Wheatgrass: Nature’s Finest Medicine, refers to Schnabel as “The Father of Wheatgrass.” Books by Wigmore and Kulvinskas also depend heavily on Schnabel’s research.

Curiously, Schnabel did not research wheatgrass juice or wheatgrass that was grown indoors or in trays. All the research by Schnabel, other scientists, and the medical community was with whole-food, cereal grass powder grown outdoors through often-freezing temperatures in rich glacial soil of northeastern Kansas.

Those who grow wheatgrass indoors and/or in trays are often surprised when they learn how the wheat plant and other cereal grains are supposed to grow.  For example, it is common practice for those growing wheatgrass in trays to place the seeds right next to each other. Contrary to this, seeds for wheatgrass grown as nature intended are sown an average of one inch apart and are sown when temperatures are much colder than inside a house or greenhouse.

When grown naturally through cold weather, wheatgrass like that used by Schnabel, takes as long as 200 days to develop through the winter. Although naturally grown wheatgrass takes much longer to develop, it is about the same height as wheatgrass grown in trays in warm conditions for 7 to 10 days, except the leaves of true wheatgrass are much darker green and do not show the spindly effects of the crowded tray conditions.

When seeds are planted for true wheatgrass outdoors in the fall, the soil is still warm from summer, but the air is cool and even freezing at night. This induces germinated seeds to grow long roots and short shoots.  In fact, during the first 30 days of harvest, the roots go down more than a foot in the soil. The leaves are usually about an inch long.

The opposite happens when wheat is grown indoors or in other unnaturally warm conditions. The plant becomes nearly all leaf, and because the seeds are so close together, the roots become a tangled mass, which laboratory tests consistently show contain mold, even if no mold is visible. The mold and the unnatural growing conditions result in a flavor that many people find objectionable.  Some even have adverse physical reactions to it.  True wheatgrass, which is grown in natural climatic conditions, has a pleasant flavor and four times more chlorophyll than when grown quickly in crowded tray conditions.

Schnabel found that whole-food cereal grass such as wheatgrass powder contained the highest level of vitamins and minerals of any leafy green vegetable, especially when harvested at a special time in its growth cycle.  Those levels were so high that Schnabel and his fellow scientists introduced the world’s first multi-vitamin, which consisted of dehydrated cereal grasses and nothing more. Twenty grass tablets provided the minimum daily requirement of most known vitamins and minerals.

The product was called Cerophyl and was popular into the 1950s, when synthetic vitamins took over the market with a promise of the same minimum daily requirements, but with only one tablet instead of twenty. It was not until 1976 that popularity of wheatgrass saw resurgence when Pines International reintroduced tablets and powder, grown according to Schnabel’s standards. This time, it was marketed not as a multi-vitamin but as a rich source of dark green, leafy vegetable nutrition. Seven tablets or a rounded teaspoon of powder provide as much nutrition as a large serving of spinach at less than half the cost.

If a company makes a gluten-free product claim on labels or literature, FDA now requires that company to have tests for each batch on file showing that the gluten level was below 20 parts per million. Thus, when a product containing wheatgrass makes a gluten-free claim, if the company is reputable, the product was tested to make sure it was not in violation of FDA regulations.

Wheatgrass and other cereal grass could be called “the placenta for grain.” Immature, nearly-microscopic seed heads develop in the roots during the long period of slow growth in cold weather. Dr. Schnabel found that wheatgrass reaches its peak nutritional level at the beginning of the journey of the seed head upward to make the grain. As the tiny seed head starts moving out of the root, the plant forms a stalk. The seed head moves upward inside the stalk, growing in size and utilizing the stored nutrition of the wheatgrass.

In an effort to increase production, some agribusinesses allow the wheat plant to grow much taller than what Schnabel used in his research. When they postpone harvest-waiting for greater tonnage per acre-the seed heads are no longer below the cutting bars of harvesting machines. When the plants are harvested below the growing seed head, the gluten level can be above the 20 ppm threshold considered by the FDA to be gluten-free.

Besides having gluten, plants harvested after the seed head starts to grow should technically not be called “wheatgrass.” They would more correctly be called “flag grass,” because the product does not consist of wheatgrass but rather the green material of flag leaves that grow off the stalk that formed. Inside the stalk is the rapidly developing seed head that will emerge at the top of the stalk as a fully developed shaft of grain. Once that seed head starts to grow and move up the stalk, it utilizes the stored nutrition of the wheatgrass. After that, the wheatgrass dries up and is void of nutrition.

For a consumer to ensure that a wheatgrass product is gluten-free and that it was harvested at the correct time, it needs to have a gluten-free statement on the label. A gluten-free statement indicates that the product has been tested and the company can provide independent laboratory test results to the FDA for each batch, showing less than 20 ppm of gluten. Even juice products like wheatgrass juice powder or frozen wheatgrass juice can contain gluten if harvested after the stalk has formed and the seed head has started its journey. If the gluten-free claim is not on a label, the product labeled “wheatgrass” probably contains more than 20 ppm of gluten.

Regardless of whether you use gluten-free wheatgrass, tray-grown wheatgrass, wheatgrass juice powder, or frozen juice, all contain extremely high levels of chlorophyll and green food nutrition. They all supply exactly the kind of vegetable nutrition that is deficient in most diets, as well as essential vegetable fiber. 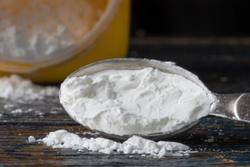