How Slow Can You Go?

Two years ago, nutrition bar manufacturers launched a record number of low-carbohydrate products. The low-carb era was glorious-but brief-imploding shortly after it began. Now, some nutrition bar companies are pinning their hopes on a different concept: the glycemic index.

Two years ago, nutrition bar manufacturers launched a record number of low-carbohydrate products. The low-carb era was glorious-but brief-imploding shortly after it began. Now, some nutrition bar companies are pinning their hopes on a different concept: the glycemic index.

Invented in 1981 by University of Toronto professor David Jenkins, MD, the glycemic index uses a scale of 0 to 100 to measure the impact of carbohydrates on blood sugar levels. Food items that are quickly absorbed in the bloodstream, like mashed potatoes, are at the top of the scale, while items that take longer to digest, like slow-carb nutrition bars, are near the bottom.

Some manufacturers have found the glycemic index to be a useful way to explain a nutrition bar’s health benefits. “The slow-carb, low-glycemic process helps to re-educate consumers about the relationship between carbs and energy, weight management, and disease prevention,” says Saul Katz, president and CEO of Solo GI Nutrition (Edmonton, AB, Canada).

How are glycemic index scores determined? One method is the protocol used by the Human Nutrition Unit at the University of Sydney in Australia. In the Human Nutrition Unit’s laboratory, researchers feed 50-g portions of food to 10 healthy volunteers who have undergone an overnight fast. The researchers then take blood samples for the next two hours at intervals of 15 to 30 minutes.

To come up with the glycemic index score, the researchers construct a blood sugar response curve and then calculate the area under the curve (AUC), which is divided by an AUC value established for a reference sample composed of an equal quantity of glucose. The researchers then multiply the quotient by 100 and compute the average glycemic index score for the 10 test subjects.

One of the first nutrition bar companies to launch a slow-carb bar, Solo GI Nutrition, won the Specialty Nutrition Group’s (Boca Raton, FL) Golden Egg Award for 2004 in July. The award was based on several criteria, including safety, efficacy, intended use, intellectual property protection, and commercial viability.

“We’re thrilled to be leading the charge toward making low-glycemic nutrition understandable and accessible for the consumer,” adds Solo GI’s Katz. “Simply put, Solo GI bars are leading a paradigm shift and helping consumers to live a healthier lifestyle and manage their weight.”

Solo GI bars are digested slowly, which enables a gradual release of sugar into the bloodstream, and use a combination of oat, soy, and fruit ingredients to control spikes in blood sugar. The bars, which don’t contain trans fats, sugar alcohols, or high-fructose corn sweetener, are flavored with low-glycemic-index ingredients such as brown rice syrup, honey, fructose, and fruit puree. Additionally, the company microencapsulated the 23 vitamins and minerals in the bars, which prevents off flavors.

To generate awareness of the product among healthcare professionals, the company exhibited the bars in August at the 32nd Annual Meeting of the American Association of Diabetes Educators (Chicago) in Washington, DC. Consumers appear to be responding to the message, according to Greg Hartman, president of Oasis Sales and Marketing (Sebastopol, CA), which manages the company’s sales. “We’re really blown away by the response from retailers,” Hartman says. “It’s been one of the most enthusiastically received new products that we’ve ever managed. Clearly, both retailers and consumers are amazed that something so good for them can be so delicious.”

Even if the glycemic index turns out to be a useful educational tool, slow-carb nutrition bars still won’t work without the proper ingredients. Manufacturers therefore have been using a variety of fibers, starches, and sweeteners to calibrate the impact of their products on glycemic response. One of the most widely used fibers is beta-glucan derived from oat bran, which is already recognized for its beneficial effects on heart health. Beta-glucan may be particularly useful for slow-carb nutrition bar manufacturers because it is also promotes feelings of satiety.

“Diets rich in beta-glucan help sustain a feeling of satiety for extended periods of time because beta-glucan creates a filling effect in the stomach and intestine, which delays the appearance of hunger,” explains Zeiher. “The filling effect of Natureal oat bran is important to extend meal satiety and works on a mechanical level.”

Natureal’s viscosity slows the transit of food throughout the stomach and small intestine, Zeiher adds. In the large intestine, Natureal’s impact on glycemic response is carried over into the next meal, a phenomenon known as “the second-meal effect.”

Another helpful ingredient for nutrition bar manufacturers is resistant starch, which can be used as a partial replacement for flour. Resistant starches typically pass through the human body undigested and may have some prebiotic properties. In addition, resistant starches can improve the texture of some foods.

“Not all resistant starches are the same,” says Rhonda Witwer, business development manager of nutrition at National Starch Food Innovation (Bridgewater, NJ), adding that more than 120 studies have been published on the health benefits of natural, high-amylose-corn resistant starches like the company’s Hi-maize 5-in-1 Fiber. Witwer notes that Hi-maize’s uses include weight management, glycemic management, and digestive health.

The ingredient’s weight management benefits stem from the fact that it delivers fewer calories than the flour it replaces. Witwer cites several studies, including a human study conducted at the University of Colorado at Denver that explored how dietary consumption of Hi-maize increased lipid peroxidation in healthy people.

“The long-term impact with regard to weight control in humans has not yet been completed, but animal studies suggest that consumption of Hi-maize results in less body fat,” Witwer says. “Of course, more clinical research is needed, but it appears that natural resistant starch may help in managing body composition.”

Studies also show that resistant starch may be useful for maintaining healthy blood sugar levels. “When Hi-maize is substituted for flour or other digestible carbohydrates, it significantly reduces the glycemic and insulin impact of foods,” Witwer explains, noting that 17 published studies have shown reduced glycemic impact and 13 published studies have shown reduced insulin impact. Two other published clinical trials have shown that Hi-maize consumption increases insulin sensitivity. Specifically, a new study published in the September issue of the American Journal of Clinical Nutrition showed that Hi-maize increased insulin sensitivity for a prolonged period of time.

Hi-maize is also a prebiotic fiber, which makes it a useful ingredient for promoting digestive health. “Natural resistant starch is fermented within the large intestine by beneficial bacteria and produces more of the short-chain fatty acid butyrate than any other fiber tested,” Witwer says. The ingredient is also well tolerated, causes few digestive side effects, and can be included in diets for gluten-intolerant individuals. “It is made from corn, which doesn’t contain the type of gluten that triggers the allergic reaction,” Witwer notes.

Like oat bran, resistant starch also has some physical properties that can aid the manufacturing process. For instance, because it reduces gluten content, Hi-maize can improve the texture and crumb structure of baked goods.Although fibers and starches are important parts of the recipe, perhaps one of the most vital ingredients in a slow-carb nutrition bar is the sweetener. Conventional nutrition bars typically contain lots of sugar, and while sugar alcohols can be used to blunt some of the impact, having too much can cause unwanted digestive side effects.

One potential solution is a new ingredient from Cargill (Minneapolis) that combines sucrose and maltose to create a slowly digestible sweetener that is 60–70% as sweet as sugar. Xtend sucromalt, which was unveiled this past September in Orlando, FL, at the annual meeting of the American Association of Cereal Chemists (St. Paul, MN), is intended to fill the gap between full-calorie sweeteners and polyols.

“Xtend sucromalt offers our customers the highly desirable benefits of slow digestibility, including sustained energy release and lower glycemic response,” says Anne Mollerus, new products manager at Cargill. “The slow and complete digestibility of Xtend sucromalt makes it unique among other sweeteners. In foods and beverages, it releases carbohydrates into the bloodstream slowly, resulting in a muted blood sugar response and a slow energy release versus the fast energy release and higher glycemic response of sugar.”

Another advantage of Xtend sucromalt is that it enables manufacturers to simplify the Nutrition Facts panels on their product labels. “Xtend sucromalt is an excellent choice in the development of lower-sugar foods or beverages because only 50% of the sweetener’s carbohydrates are claimed as simple sugars,” Mollerus says. “Your ingredient label will speak to those consumers who seek to moderate sugar intake without compromising taste.”

Is the low-glycemic-index concept here to stay? Experts remain divided on its prospects. Consumers seem ready to embrace slow-carb products and are more aware of the connection between diet, blood sugar levels, and overall health. But the glycemic index can also confuse consumers if it is not used correctly.

“The low-glycemic-index diet trend has gained momentum in part as an alternative to the low-carb trend, and also as a result of heightened consumer understanding that eating foods with low glycemic response will result in a smaller rise in blood glucose levels after meals,” says GTC’s Zeiher. “It has the potential to become a stable dietary habit-not just a passing trend.” 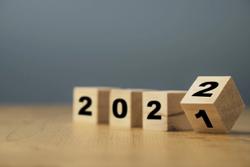