Through a range of tactics, nutritional ingredients are helping consumers guard their immune health.

Through a range of tactics, nutritional ingredients are helping consumers guard their immune health. From pathogen attackers to digestive support, ingredients that can decrease the chances of a common cold or even chronic diseases can help consumers in their fight to stay healthy. Let’s take a look at some of those ingredients that are regulars on consumer shelves.

It’s not like the concept of medicinal mushrooms sprang up yesterday. For thousands of years, mushrooms have been revered for medical properties. Reishi (Ganoderma lucidum), shiitake (Lentinus edodes), maitake (Grifola frondosa), and turkey tail (Coriolus versicolor) are just a few of the world’s mushrooms understood as having varying immune-health benefits.

The maitake mushroom is arguably one of the best researched of these immune-supporting fungi. Decades of in vivo, animal, and human trials suggest this “king of mushrooms,” by way of its beta-glucan content, can activate macrophages, T cells, and natural killer (NK) cells, and even inhibit the growth of tumor cells.

Enhancing the work of macrophages or NK cells can improve the body’s responses to something as basic as a common cold; but research continues on maitake for health conditions as complex as cancers.

A 2003 human clinical trial published in the Journal of Medicinal Food assigned 10 cancer patients to daily doses of maitake powder for one to 63 months. The authors reported that maitake “…hindered metastatic progress, lessened the expression of tumor markers, and increased NK cell activity in all patients examined.”

Scientific recognition for maitake is so strong that this mushroom can even be, and often is, considered for professional cancer therapy in Japan and the United States.

Beta-glucans come from several common sources: mushroom, yeast, and others, depending on abundance by geographic location.

Beta-glucans from yeast and mushrooms possess immune-health benefits to varying degrees. These chains of polysaccharides have demonstrated an ability to stimulate NK cells and macrophages, both of which take out invading cells, in various human and animal studies. Study results have linked use of some beta-glucans to fewer infections, less antibiotic use in humans and animals, and increased life spans in animals when given viruses. Compared to other immune-health ingredients, beta-glucans do not overstimulate the immune system (which could cause further health issues).

Fluxome (Stenlose, Denmark) offers a beta-glucan product comprising beta-glucans known as Lentinan. Derived from shiitake mushroom, this beta-glucan is produced through a fermentation process, which prevents degradation of the beta-glucan’s triple helix-something the company says is a standout characteristic.

“The essence of fermenting and replicating this mycelium in a fermentation batch is that the pristine natural structure of shiitake is left intact,” says Fluxome president Herb Woolf, PhD. “Typically, companies will physically or chemically process the mycelium, which reduces its bioefficacy. The efficacy of our product is based on the uniqueness in which we deliver this nutrient back in its most native form.”

Jumping to the yeast side of things, Biothera (Eagan, MN) is also a major player in beta-glucans, with Wellmune WGP. Derived from the proprietary yeast Saccharomyces cerevisiae, this beta-glucan is clinically proven to prime neutrophils, the most abundant immune cell in the body. Wellmune WGP is supported by a host of human clinical trials conducted over the last several years, including several studies showing reduced respiratory tract symptoms with Wellmune WGP. Most recently, 100 medical students were assigned to a standard dose of Wellmune WGP or placebo for 90 days. Over the course of the study, the durations of self-reported and medically verified upper respiratory tract infections were significantly shorter with the active ingredient.

Product-specific science is key to understanding the efficacy of beta-glucan ingredients, according to Biothera CEO Rich Mueller.

“Beta-glucan can be a very misleading umbrella term,” says Mueller. “The term can be a disservice to the consumer because various beta-glucan sources have unique structures which relate to very unique health effects. Much like probiotics, where the regulatory industry is asking for strain-specific research, you better have research on your specific beta-glucan to be able to show the benefit.”

Biothera’s Wellmune WGP ingredient can be formulated for foods, beverages, and dietary supplements.

With global probiotic research showing no signs of letting up, the friendly bacteria remain a strong contender in today’s health markets (as do their prebiotic friends). Over the last 12 months, more than 1400 products featuring probiotic ingredients were launched in the United States, alone, according to the market research group SPINS (Schaumburg, IL).*

From serving infant needs to those of the elderly, pre- and probiotics are relayed for digestive-health benefits. But the notion that strong digestive health is a means of retaining strong immune function is being communicated more and more.

“At least 70% of your immune system and immune function reside in the gut,” says Mike Bush, Ganeden Biotech’s (Cleveland) vice president of business and development. “By allowing the gut-associated lymphoid tissue and the lining of the gut to function appropriately, you can have a proper immune response. The stomach is designed to sterilize whatever goes into the gut, including unwanted gram-negative and bad bacteria, so having a good balance between good and bad bacteria in the gut will increase one’s chances of having a healthy immune system.”

Ganeden Biotech recently took part in a mainstream probiotic consumer launch with enLiven, a probiotic yogurt now sold exclusively at Walmart (Bentonville, AK). The product is based on GanedenBC30, a proprietary strain of Bacillus coagulans that can positively influence immune function. A review published in the December issue of the journal Food Science and Technology Bulletin supports the strain’s safety and efficacy, which includes potential to increase production of vitamins, increase absorption of certain minerals, and stimulate non-specific immune response.

Nebraska Cultures (Walnut Creek, CA) is also promoting immune support from probiotics with its DDS-1 strain of Lactobacillus acidophilus, a probiotic with a background of studies indicating potential to improve immune function by, among other factors, increasing production of macrophages. A new study on the persistence of this strain in human subjects is now awaiting publication.

Recently completed and ongoing clinical trials on probiotics (there are many) will continue adding to existing immune-health science. A study on 58 subjects supplementing with placebo or Lactobacillus casei Shirota, the probiotic strain used in Yakult milk drinks,  was just published in the February issue of the International Journal of Sports Nutrition and Exercise Metabolism. The probiotic strain demonstrated 36% reduced symptoms of upper respiratory tract infections over four months, compared to placebo.

But all this talk about probiotics warrants a conversation on prebiotics. These unique fibers, like oligosaccharides and inulin, are able to reach the digestive system fully intact (they are non-digestible) and encourage growth of probiotic bacteria that our digestive systems need to remain healthy.

While mostly popular for their use in infant milk formulas, prebiotics are growing in use for adults and even pets.

FrieslandCampina Domo’s (Chicago) Vivinal GOS (galacto-oligosaccharides) ingredient, derived from lactose, is marketed to all of these groups. A deep history of research on the ingredient suggests Vivinal GOS can increase Bifidobacteria, boost immunoglobulin levels, reduce incidence of certain allergies, and even increase calcium absorption in humans.

Glutathione sources in nature can be found in fruits, vegetables, and even meats. Fresh versions of these foods will provide the highest amounts of glutathione. This antioxidant that can be found in every cell of the human body; without it, our chances of disease and a poor immune response appear to increase.

The big question with glutathione is how it is absorbed. Studies have suggested that glutathione may be absorbed poorly in the body, something Todd says has slowed its market growth, but ongoing research on oral absorption and glutathione blood levels seeks to clarify this.

Other notable ongoing studies on glutathione include those focusing on cancer, cystic fibrosis, autism, glaucoma, and oxidative stress.

Researchers have found higher amounts of glutathione in the elderly nearing 100 years of age compared to the elderly population in general. Moreover, studies have shown that patients hospitalized for chronic diseases have significantly less glutathione in their bodies than age-matched controls.

Immunoglobulins are antibodies that make up the body’s first line of defense against foreign agents. Unfortunately, stress, malnutrition, the environment, and a host of other issues can lead to fewer stores of immunoglobulins.

Animal-derived immunoglobulins, most commonly derived from colostrum (late-stage pregnancy milk), can provide a convenient means of restoring healthy levels of immunoglobulins. Most notably, research demonstrates their ability to reduce inflammation, one of the body’s immediate responses to viruses and other pathogens.

“Immunoglobulins are not immuno-stimulatory like certain other ingredients,” says Eric Weaver, PhD, chief scientific officer for the immunoglobulin ingredient supplier Proliant Inc. (Ankeny, IA). “It doesn’t increase inflammation in the body, it’s really just there as a source of pre-produced immunity.”

Research on immunoglobulins for immune problems as basic as upper respiratory tract infections and as complex as HIV therapy support continues to take place.

As far as product applications are concerned, Pure Research Products LLC (Boulder, CO) just launched DPS Throat Spray, a formula derived from cow colostrum (late-stage pregnancy milk), which the company says can help regulate and initiate the acquired immune system more quickly, by immediately reaching the throat and mouth. The product is said to also benefit from colostrum’s proline-rich polypeptides. For synergistic efficacy, the company recommends using the spray with its Del-Immune V supplements, capsules derived from a “DV strain” of Lactobacillus rhamnosus. 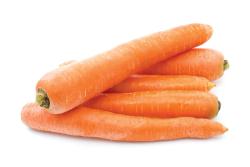