Clinical evidence clearly supports the health benefits of polyphenols-but not because they act as antioxidants.

The Institute of Medicine (IOM) defines antioxidants as a substance in food that significantly decreases the adverse effects of reactive species on normal physiological function in humans. “Reactive species” is “sci-speak” shorthand for free radicals-primarily reactive oxygen- and nitrogen-based molecules. In theory, normal cellular processes produce these free radicals, which are then neutralized by endogenous or exogenous antioxidants.

In recent years, research and marketing interest has turned to polyphenols. The latest news about polyphenols? Clinical evidence clearly supports health benefits for foods rich in certain polyphenols-but not because the polyphenols are acting as antioxidants.

Ten years ago, there was strong consensus among nutrition researchers that cumulative oxidative damage is the root cause of many of the diseases of aging. As a result, interest in antioxidants skyrocketed-and continues today.
First-generation antioxidants-the ones that IOM classified as antioxidants in 2000-were vitamin C, vitamin E, and selenium. Carotenoids such as beta-carotene, lycopene, lutein, and zeaxanthin were reviewed at length, but in the end the IOM decided these compounds did not meet the strict definition of antioxidants.(1)

After years of tentatively identifying health benefits for the antioxidants condoned by IOM, based primarily on epidemiological observations, some believe these nutrients have come up short on delivering the hoped-for risk reductions for cancer, cardiovascular disease, neurodegenerative diseases, and aging in general.(2,3) FDA actions on approved health claims exemplified the arc from promise to reality. Qualified health claims for antioxidant vitamins and cancer, and for selenium and cancer, were approved in 2003. But in 2007, FDA opened a period of reexamination of these claims, which in 2009 led to revised qualified health claims with weakened wording in support of any benefit.

The latest nail in the coffin might have been the premature halt to SELECT (Selenium and Vitamin E Cancer Prevention Trial), which observed selenium and/or vitamin E’s effects on prostate cancer. After years of supplementing subjects with selenium at 200 µg/day, vitamin E at 400 IU/day, or both, researchers concluded that these nutrients showed no trend for preventing prostate cancer in healthy men, and actually showed a nonsignificant trend for an increase in the vitamin E group.(4) (For arguments of SELECT’s flawed study design, read the Men’s and Women’s Health article in Nutritional Outlook’s January/February 2011 issue.)

While carotenoids did not quite make IOM’s shortlist back in 2000, most researchers continue to think of carotenoids as having antioxidant-related functions. Here, the controversy is about appropriate dosing. Two beta-carotene studies, the Alpha-Tocopherol, Beta-Carotene (ATBC) trial and the Beta-Carotene and Retinol Efficacy Trial (CARET), infamously gave beta-carotene a bad name in the press, despite being based on flawed experimental design. Simply, the doses used in the studies were too high.

IOM estimates that people’s dietary intake of beta-carotene is roughly 2 mg/day.(1) However, because epidemiological research suggested that higher intakes, on the order of 6 mg/day, may provide protection against cancer-especially lung cancer in tobacco smokers-researchers in ATBC and CARET conducted trials with 20 or 30 mg/day. These amounts were thought to be safe because they were not high enough to cause carotemia-the yellow/orange coloring of the skin due to accumulation of excess beta-carotene.

Both trials were stopped before their scheduled end dates due to an unexpected increase in lung cancer deaths. A follow-up study on CARET in the Journal of the National Cancer Institute in 2004 showed that the increased risk of lung cancer persisted for years after the supplementation had ceased.(5) The high-dose failure of these trials doesn’t mean there may not be a benefit at a low dose, but publicity surrounding the trials did make subsequential marketing of beta-carotene difficult.

Two other carotenoids, lutein and zeaxanthin, are showing more promise as antioxidants, albeit on a smaller stage. These plant-sourced carotenoids are shown to accumulate in the macula-a central region of the retina at the back of the eye. Diets high in lutein and zeaxanthin have been shown to correlate with a reduced risk of developing age-related macular degeneration, the most common cause of blindness in people over age 60. Clinical trials are being conducted to test this hypothesis.

Astaxanthin is a unique carotenoid, in that as opposed to being consumed in plant-based foods, what little is in the human diet comes from salmon and some crustaceans. Astaxanthin has been shown to be a potent antioxidant in vitro. It does not accumulate in the retina. There is some evidence for a benefit for eye strain and eye fatigue, although mechanisms are unknown.(6)

Still, with disappointments from the classically defined antioxidants and, at best, a work in progress for the various carotenoids, research and marketing interests have turned to polyphenols.

Taking a Closer Look at Polyphenols

This large, complex class of organic molecules stepped into the marketing vacuum left by the generally disappointing results of the first-generation antioxidants. First, polyphenols are potent antioxidants-at least in vitro. Second, they occur in a wide range of foods. Third, there is evidence for health benefits. But fourth, and notably, the benefits may have nothing to do with polyphenols having antioxidant activity.

Polyphenols have been shown to be potent antioxidants, as evidenced by the Oxygen Radical Absorbance Capacity (ORAC) test for measuring free radical quenching in vitro. ORAC has become a widely recognized marketing tool for foods and supplements as having “antioxidant superpower.” Polyphenol molecules are basically linked rings of carbon atoms with antioxidant hydroxyl groups (-OH) attached. Each of these can bind with a free radical oxygen, thus neutralizing it.

Diets in industrialized countries typically deliver about 1000 mg of polyphenols derived from plants, with about one-tenth of that as the flavanol subset.(7,8) Polyphenols also appear to have benefits for the same types of diseases thought to be consequences of oxidative damage: cancer, cardiovascular disease, dementia, and so on. Clinical trials with dark chocolate, green tea, pomegranate, and Concord grape juice confirm benefits such as lower blood pressure, reduced platelet stickiness, and improved artery wall elasticity.

The problem with the concept of polyphenols-as-antioxidants, and why polyphenols may not function as antioxidants, begins with polyphenols’ moleculer size. Larger flavonoids are, at best, poorly absorbed, perhaps in as low as just a few percent. What is absorbed is rapidly modified to metabolites with little antioxidant activity. Andrew Waterhouse, professor of enology, University of California, Davis, adds, “Free radical trapping is not due to dietary polyphenolics.” He points out that circulating antioxidants such as glutathione, ascorbic acid, uric acid, tocopherols, and carotenoids are present in the body at concentrations thousands of times higher than the nanomolar plasma levels fleetingly achieved by polyphenols.

If polyphenols are not functioning as antioxidants, how then does the body benefit from them? The answers are not yet completely clear. However, clinical trials of various food sources of proanthocyanidins (PACs), a subset of flavonoids found in dark chocolate, red wine, green tea, and the skins of certain types of nuts, suggest more specific impacts on vascular health, including vasodilation and reduced platelet stickiness. Epidemiological studies conducted in countries with a tradition of consuming red wine on a regular basis see decreased risk of heart disease and dementia.

D.E. Stevenson of the Horticulture and Food Research Institute of New Zealand postulates regulatory effects on signaling pathways, neuro-protection, and control of energy metabolism. He says that some of what goes on involves PACs in small amounts penetrating to the nucleus and changing the expression of dozens to hundreds of genes.(9)

Non-antioxidant function sidesteps the polyphenol paradox-that research has shown a significant clinical benefit from these compounds even if they do not achieve the plasma concentrations that are able to act as systemic antioxidants. Notably, most of the clinical trials that have been done are with PAC-rich foods delivering 100 to 200 mg/day, divided over two to three servings per day. The amounts are akin to what can be achieved through diet recommendations for five to ten servings of fruits and vegetables a day, or a Mediterranean diet rich in fruits and nuts.

In conclusion, the current state of affairs may well be “right molecules but wrong mechanism.” The benefits of consuming polyphenols in general-and perhaps the smaller flavanols in particular-may be incidental to the fact that they happen to be potent in vitro antioxidants. More research will unlock the benefits-and mechanisms-of polyphenols to health.

While the role of flavonoids as absorbed and systemically functioning antioxidants is still being disputed, a different, interesting role for these compounds as non-absorbed prebiotics in digestive health is quietly unfolding.

Prebiotics are usually thought of as preferred fuel for gut bacteria-for example, soluble fiber. However, Jeremy P.E. Spencer, PhD, from the Department of Food and Nutritional Sciences, University of Reading, United Kingdom, has led a research group investigating flavanols as prebiotics. In a crossover study, healthy subjects consumed a beverage either high or low in cocoa flavanols for four weeks. At the end of the high-flavanol (494 mg/day) period, analysis of fecal samples found significant increases in “friendly” bacteria Bifidobacterium and Lactobacillus, and decreases in clostridia.(10) (Clostridia are associated with inflammatory activity and have been implicated in inflammatory bowel disease and colon cancer.)(10,11) In fact, the changes seen after consumption of ½ g/day of cocoa flavanols approached the changes seen after consuming 5 to 10 g/day of soluble fiber prebiotics such as fructooligosaccharides.(10) Tea-derived phenolics have also been reported as down-regulating clostridium.(11)

Spencer is of the opinion that one mechanism by which polyphenols exert their beneficial effects is by influencing bacterial growth in the large intestine microbiota. His study looked at 500 mg of cocoa flavanols as a single dose, but he thinks that dividing that dose over the course of the day would also work. The latter option may also better reflect an eating pattern of meals, beverages, and snacks rich in plant-derived polyphenols.

Finally, when asked if there was any reason yet to favor one class of polyphenols over another for prebiotic effectiveness, he answered, “It is too soon to say definitively whether one flavonoid subgroup is more effective than another. Our study was with flavanols, which are found in cocoa, tea, apples, and berries, but more work is needed before we know whether the flavanols are more effective than other phenol types.”

In the larger world of prebiotics and probiotics, there are recent hints that understanding bacterial ecosystems may be much more complex than originally thought. Researchers based at the European Molecular Biology Laboratory in Heidleberg, Germany, recently published an article in Nature proposing a hypothesis that all humans’ intestinal microbiota can be divided into three major ecosystems regardless of ethnic background or location.(12) More research is needed, especially on subjects who have diets at variance with common food consumption patterns. This concept of the existence of just a handful of steady-state bacterial “enterotypes” (the authors’ term), if confirmed, will mean that prebiotics and probiotics will need to be customized based on testing of a patient’s existing bacterial population. It’s a dirty job, but someone’s going to have to do it. 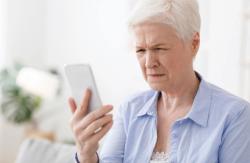