Colostrum and Probiotics: Can they live in harmony?

Why colostrum and probiotics make an ideal duo in immune support foods, beverages, and dietary supplements.

Up to this point, there has been minimal exploration of the synergistic benefits of combining probiotics with colostrum. This article explores if the two ingredients can really live in harmony for a common good.

Colostrum is the precious first milk of a lactating mother that provides essential nutrients to support the immune system, jumpstart the digestive system, and seed a healthy gut microbiome in a newborn’s first few days of life. The discussion of colostrum typically subsides as the infant grows, develops, and moves on to solid foods. This creates the number one misperception about colostrum—that it’s only for early life nutrition. With cow colostrum, children over one year of age and adults can gain the benefits of colostrum as they age, debunking this longstanding misperception.

In contrast, awareness of probiotics, some would say, had a tipping point in the early 2000s due to the growth of functional foods. As more people learned that the intestines are the largest immune organ in the body, and terms like microbiome and gut health started trending, the connection between probiotics and immunity strengthened, and probiotic sales skyrocketed.

One of the more common misperceptions about probiotics is that they should only be used when you are having digestive issues. The perception is changing, however. Thanks to great marketing minds at many companies, alongside a continuing evolution of probiotic science, awareness about the ongoing relationship between probiotics and immune health is increasing, and many people are starting to incorporate probiotics into their daily diet.

Probiotics at Work in the Body

Probiotics are the good actors (bacteria) that try to crowd out the bad actors (pathogens) in the gut. These beneficial strains of good bacteria promote a healthy balance of the gut microflora and produce beneficial metabolites, resulting in a stronger digestive tract and immune function.

When the intestines are healthy, it is easier for probiotics to colonize and function. But, when the intestines are unhealthy due to a variety of reasons (stress, diet, alcohol, pathogens, etc.), it can lead to an increase in the growth of more harmful bacteria and even possibly a “leaky” gut, which occurs when bacteria and toxins seep through the intestinal wall. Many foods, beverages, and dietary supplements on the market today feature one or a combination of many popular probiotic species, including Lactobacillus species rhamnosus, acidophilus, and plantarum; Bifidobacterium subspecies lactis, infantis, and breve; and Bacillus subspecies subtilis. Strains within these subspecies—for example, Bifidobacterium lactis BB-12, Lactobacillus acidophilus LA-5, Lactobacillus rhamnosus LGG, Bacillus subtilis DE111, and many others—exhibit several wide-ranging health benefits, including immune, digestive, vaginal, oral, and mental health. Importantly, the specific strain identity is critical when looking for demonstrated health benefits (e.g., BB-12, LA-5, LGG, DE111, etc.).

Although human and bovine colostrum have distinct characteristics and compositions, bovine colostrum contains many of the same classes of bioactive compounds as human colostrum and thus can deliver immune health benefits at all stages of life.

From the mouth through the intestines, bovine IgG optimizes adaptive, innate, and passive immunity. To start, IgGs interact with the Waldeyer’s ring in the back of the throat to help eliminate respiratory viruses and allergens while modulating local immunity. The next stop for IgGs is the Peyer’s patches in the small intestine where pathogens and other foreign entities are identified for exclusion or tagged as immune supporters. As IgGs arrive in the intestine, they strengthen the barrier between the lumen and the rest of the body, helping to prevent things like bacterial toxins and other inflammatory agents from entering the lymphatic and cardiovascular systems where they could induce systemic inflammation.

Cow colostrum and probiotics have a unique synergy, with the science to back it up. First, immunoglobulins (IgG) from cow colostrum can regulate the intestinal environment to facilitate better probiotic colonization. For instance, bovine IgG can modulate the intestinal epithelial cells, leading to an increase in the adhesion of beneficial bacteria, like bifidobacteria and lactobacilli, to the epithelial cells in the gut, while not supporting harmful bacterial adhesion.2,3

Second, other research suggests that live probiotic cultures and bovine colostrum can live side by side. While there are antimicrobial factors in bovine colostrum, the addition of colostrum to yogurts (postproduction) does not kill the live cultures.4

Third, there are several compounds in colostrum—including bovine lactoferrin, bovine oligosaccharide 3’-sialyllactose (3’-SL), and bovine glycomacropeptide (GMP)—that have been researched alongside probiotic strains further highlighting the synergistic relationship. Bovine lactoferrin can inhibit growth of pathogenic bacteria but not probiotics, thereby potentially allowing for better colonization of the probiotics.5 The predominant bovine oligosaccharide is 3’-sialyllactose (3’-SL), and it has been shown in vitro an ability to feed bifidobacteria, which are important early colonizers of the human gut.6 In addition, an important bovine colostrum glycoprotein—bovine glycomacropeptide (GMP)—has different glycosylated forms and is created via κ-casein proteolysis during digestion. Bovine GMP has the ability to promote the growth of Bifidobacterium longum subspecies infantis (B. infantis).7 Promotion of B. infantis results in a reduction in intestinal permeability, improved developmental growth and vaccine response in infants, and systemic inflammation in adults.8,9

Lastly, colostrum keeps the house in order, so to speak, by repairing and restoring intestinal epithelium to strengthen gut lining integrity. This provides an ideal environment for probiotic colonization and is a key pillar for optimal immune system function.10

Today, there is increased attention on ways a person can optimize their own immune function through diet. This heightened awareness presents a tremendous opportunity for food, beverage, and dietary supplement manufacturers to create combination products that feature probiotics and colostrum. Today, there are approximately 400 cow colostrum products on the market, with a small fraction of those being combo products.

When formulating a probiotic plus colostrum product—whether it is a dietary supplement, beverage, extruded bar, soft chew, protein powder, or sachet—it’s critical to source a cow colostrum that is collected on the day of calving, because it will contain the highest concentrations of digestive and immune health factors, including IgGs, and has the most potent biological activity.

Probiotics and colostrum can, in fact, live side by side, creating a synergistic relationship to optimize the body’s largest immune organ, the intestines. Product formulators and brand managers can be assured that shelf-life stability is achievable while simultaneously targeting wide-ranging health benefits. Formulating a combo product can give consumers the one-stop-shop for their immune and digestive health needs while differentiating products in the market.

Mike Weiser, PhD, is senior director of R&D and innovation at PanTheryx. In his role, Dr. Weiser drives development of new colostrum and probiotic product formats for consumers in all stages of life. 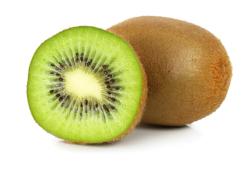